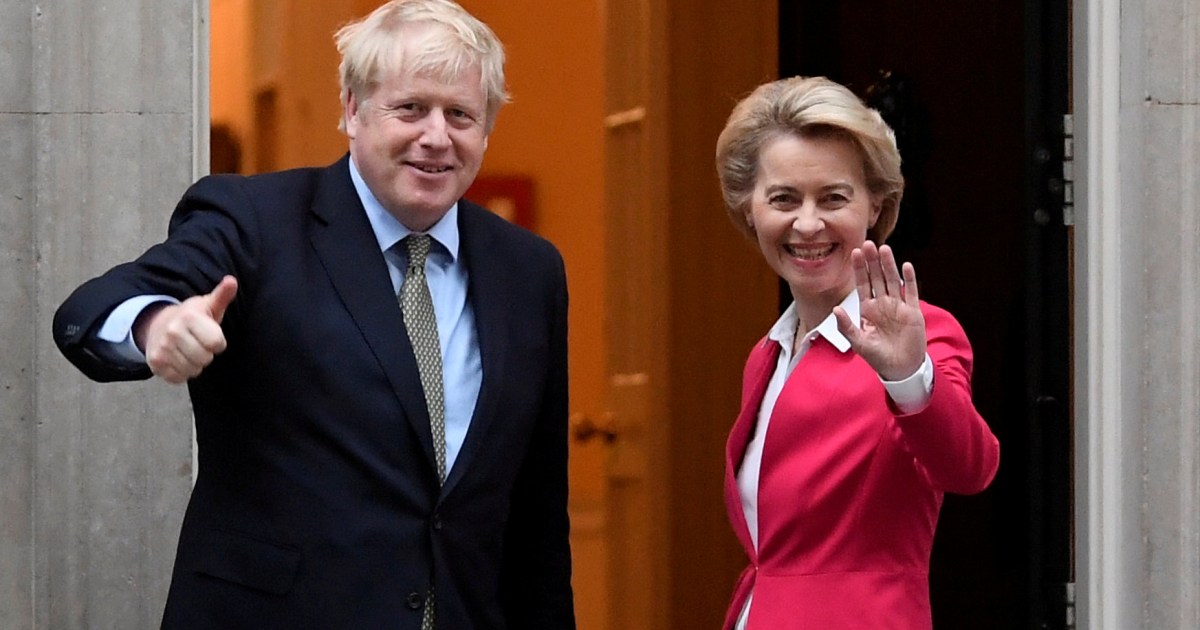 Expected announcement marks the end of a key chapter in the Brexit saga and comes just a week before Britain leaves the EU single market.

The United Kingdom and the European Union have agreed on a post-Brexit trade deal following months of torture negotiations, averting the prospect of a chaotic and violent divorce at the end of this year.

The announcement on Thursday came just a week before Britain leaves the EU’s single market and customs union on 31 December.

“Deal is done,” a Downing Street source said. “We have taken back control of our money, borders, laws, trade and our fishing waters.

“The agreement is fantastic news for families and businesses in all parts of the UK. We have signed the first free trade agreement based on zero tariffs and zero quotas ever achieved with the EU.

“We have delivered so much to the whole of the UK in record time and under extremely challenging conditions, which protects the integrity of our single market and Northern Ireland’s place within it,” said the source.

The EU and British negotiators were up all night working on the deal, allegedly driven by takeaway pizzas, as they scrapped the final details at Berlaymont, the European Commission’s headquarters.

The agreement document is said to be about 2,000 pages long. In essence, it is a narrow free trade pact surrounded by other agreements on a range of issues, including energy, transport and police and security cooperation.