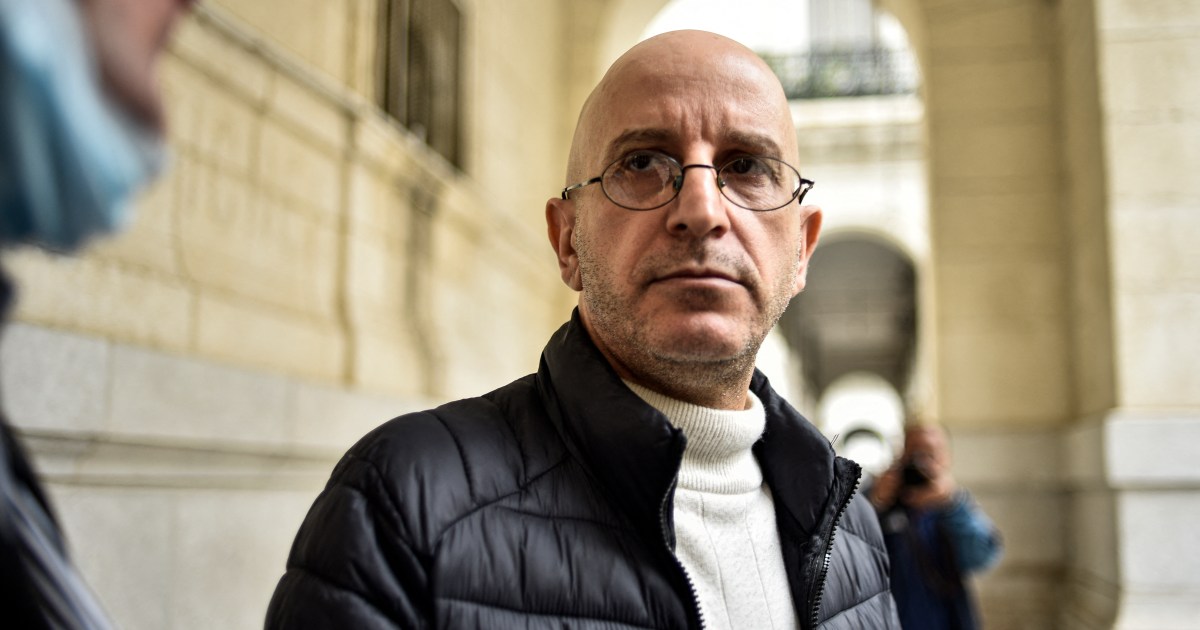 Said Djabelkhir, who was released on bail, says will appeal sentence and keep fighting for ‘freedom of conscience’.

A renowned Algerian scholar on Islam, Said Djabelkhir, was handed a three-year prison sentence on Thursday for “offending Islam” in three Facebook posts, but pledged to appeal and keep fighting for “freedom” of thought.

Djabelkhir, 53, who has called for “reflection” on Islam’s founding texts, was put on trial after seven lawyers and a fellow academic made complaints against him.

Speaking to the AFP news agency after the verdict, Djabelkhir, who was released on bail, said he was surprised by the severity of the sentence and that he would appeal to the Court of Cassation if necessary.

“We have the misfortune to be doing research in Algeria,”  said the academic, a specialist on Sufi Islam.

“[But] the fight for freedom of conscience is non-negotiable. It is a fight which must continue.”

A little earlier, Djabelkhir’s lawyer Moumen Chadi, who also expressed shock about the ruling, said his client had “been sentenced to three years in prison … [for] offending the precepts of Islam”.

“There is no proof,” the lawyer said, describing the case as baseless.

The offence of which he was convicted can be punished by up to five years in prison.

The scholar, author of two well-known works, was criticised for writing that the sacrifice of sheep predates Islam and for criticising practices including the marriage of pre-pubescent girls in some Muslim societies.

According to the global rights group Amnesty International, in three Facebook posts in January 2020, Said Djabelkheir drew comparisons between Eid al-Adha and the Berber New Year celebrations, referred to some stories in the Quran as “myths”, and said he considered certain hadiths “apocryphal”.

Algerian law stipulates a three-to-five-year prison term and or a fine for “anyone who offends the Prophet or denigrates the dogmatic precepts of Islam, whether it be by writings, drawings, a statement or another means”.

The charges were brought after a teacher at the University of Sidi Bel Abbs, who believed Djabelkheir’s Facebook posts had violated religious precepts and pressed charges against him.

During his trial earlier this month, Djabelkhir defended himself against accusations that he had “harmed Islam”, the religion of the Algerian state, arguing he had only provided “academic reflections”.

He has said that he was targeted by accusers who “have no expertise on religious matters”.

Reacting to the verdict, the Algerian League for Human Rights decried “the criminalisation of ideas, of debate and academic research … [rights] guaranteed by the constitution”.

The rights group said it “refutes that courtrooms … replace university lecture rooms, and that the courts transform themselves into courts of inquisition”.

“Punishing someone for their analysis of religious doctrines is a flagrant violation of the rights to freedom of expression and freedom of belief – even if the comments are deemed offensive by others,” Guellali said.

Djabelkhir’s lawyers argued before the court that the complaint against him was inadmissible because it came from individuals and not from the public prosecutor.

They also warned against the trial becoming a launchpad for courts becoming an arena for “religious debates”.

Djabelkhir has received the backing of many academic colleagues and Algerian politicians since the accusations against him surfaced.

Opponents, however, accuse him of disrespecting the Quran and the five pillars of Islam, including the annual Hajj pilgrimage to Mecca.