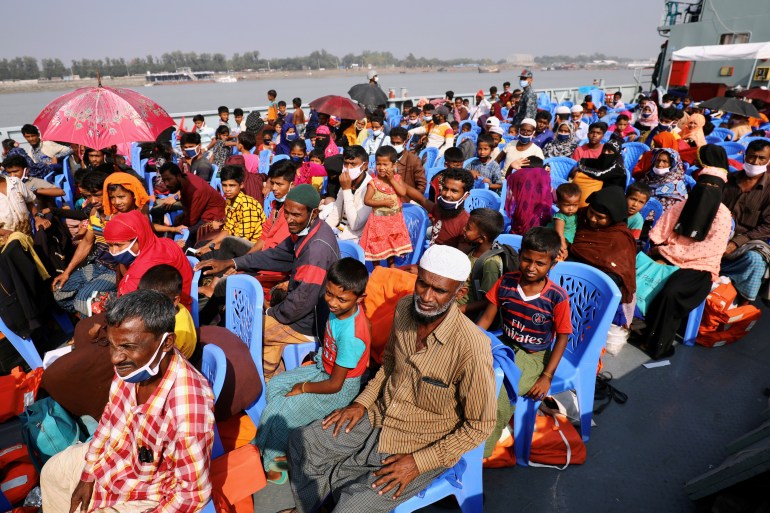 About 1,000 Rohingya refugees will be relocated to a remote island affected by the cyclone, despite calls from human rights groups.

Rights groups say Bangladesh plans to send more Rohingya refugees to the remote Bay of Bengal later this month, but officials say they should not be relocated.

About 1,000 Rohingya, a Muslim minority who fled neighboring Burma to escape the violence, will be relocated to the flood-hit island in the next few days after migrating to Bangladesh earlier this month. The matter was announced on Sunday.

“Depending on the rising tide, they will go to Chittagong first. Then we will move to Bhasan Char, ”said an official.

Officials at the event, who spoke on condition of anonymity, denied the allegations.

“They will not send against their will.”

The United Nations has said it is not allowed to assess the technology and security of Bhasan Char in the Bay of Bengal and is not involved in the relocation of refugees in the area.

Bangladesh has said it will only hand over to those who want to go, saying it will alleviate the chronic overcrowding in the Cox’s Bazar camps inhabited by more than a million Rohingya.

But refugees and humanitarian workers say some Rohingya have been forcibly repatriated to the island 20 years ago.

Attempts to repatriate the Rohingya to Burma failed after the refugees said they feared further violence.