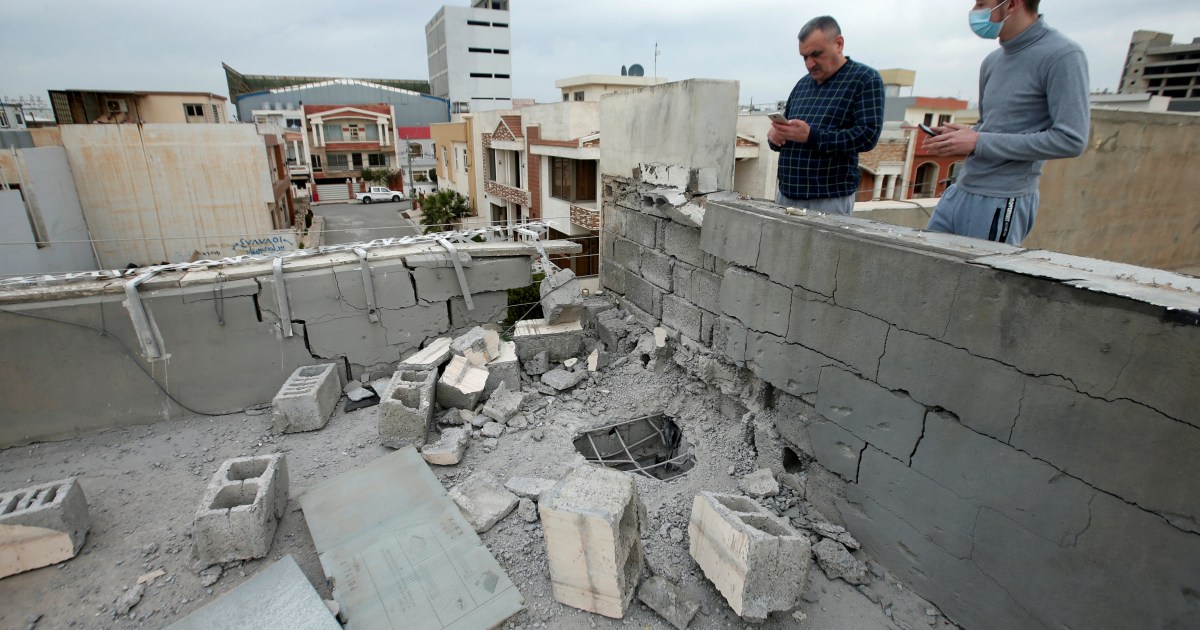 The Iraqi PM and the US president say those responsible for recent rocket attacks should be ‘held fully to account’.

US President Joe Biden and Iraqi Prime Minister Mustafa al-Kadhimi have discussed recent rocket attacks on US-led coalition forces in the country, the White House has said, with both leaders saying those responsible should be “held fully to account”.

“The President affirmed US support for Iraq’s sovereignty and independence, and commended the Prime Minister’s leadership,” the White House statement said on Tuesday.

On Monday, at least three rockets were fired at the US embassy in the high-security Green Zone of Iraq’s capital Baghdad, in an attack the US blames on Iran.

Most attacks do not cause casualties but the latest rocket attack on Monday was the third in Iraq in just over a week, aimed at Green Zone areas that host US troops, diplomats or contractors.

“(Biden and al-Kadhimi) discussed the recent rocket attacks against Iraqi and Coalition personnel and agreed that those responsible for such attacks must be held fully to account,” the White House said of the two leaders’ call.

“Together, they discussed the importance of advancing the Strategic Dialogue between our countries and expanding bilateral cooperation on other key issues.”

US State Department spokesman Ned Price said on Monday that the US holds Iran responsible for the recent attacks.

“What we will not do is lash out and risk an escalation that plays into the hands of Iran and contributes to their attempts to further destabilise Iraq,” Price told reporters.

The attacks are usually claimed by shadowy groups that Iraqi and US officials say are “smokescreens” for pro-Iran factions inside Iraq.

The Iraqi prime minister has pledged to put a halt to rocket attacks but has struggled to hold the groups to account, infuriating the US.

In October, the US threatened to close its embassy in Baghdad if the attacks did not stop.