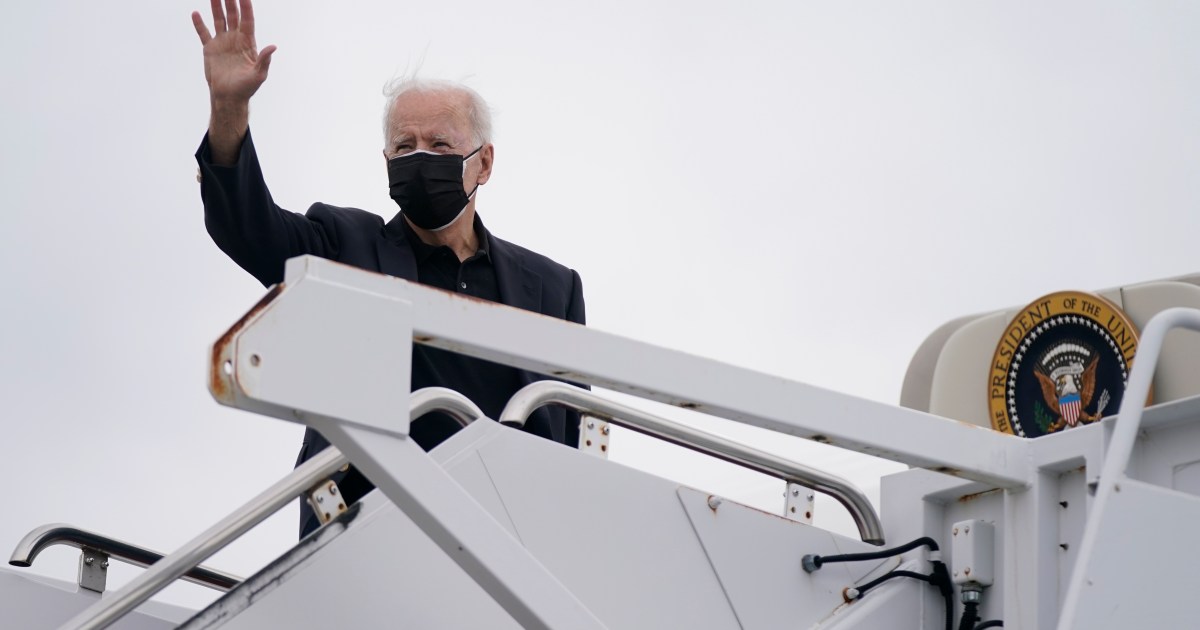 The US president will attend the G7 summit and the NATO summit in June and is also expected to hold bilateral meetings with world leaders.

United States President Joe Biden will travel to the United Kingdom and Belgium in June for his first overseas trip since taking office, the White House said on Friday.

The trip aims to highlight the US president’s “commitment to restoring our alliances, to revitalising the transatlantic relationship, and working in close cooperation with our allies,” White House Press secretary Jen Psaki said.

Biden will attend the June 11-13 Group of Seven (G7) summit in Cornwall, the UK, where he will hold bilateral meetings with G7 leaders including UK Prime Minister Boris Johnson, the White House said.

From there, Biden will travel to Brussels for the NATO summit on June 14. “President Biden will affirm the United States’ commitment to NATO, transatlantic security, and collective defense,” Psaki said. While in Brussels, Biden will also take part in the US-European Union summit, Psaki added.

Most recent US presidents have selected North American neighbours for their first cross-border trips, though former President Donald Trump, whose penchant for unilateral action and open scepticism of the NATO alliance unsettled US allies, made his first overseas stop in Riyadh, Saudi Arabia. For Biden, the first trip is meant to turn the page from Trump’s approach to alliances.

“It’s both a practical chance to connect with key allies and partners on shared opportunities and challenges,” said Yohannes Abraham, the chief of staff and executive secretary of the National Security Council, in an interview with the Associated Press.

Biden held “virtual bilateral” meetings with the leaders of Canada and Mexico in February and March, respectively. The June trip will follow after Biden’s first in-person bilateral meetings with Japanese Prime Minister Yoshihide Suga at the White House last week and next month’s planned visit by President Moon Jae-in of South Korea.

The announcement comes shortly after the conclusion of Biden’s two-day virtual climate summit, in which he received praise from leaders, particularly those in Europe, for returning the US to the 2015 Paris Agreement on climate and reengaging on a host of other issues of shared concern.

The trip will mark the most ambitious travel schedule yet for Biden since the onset of the coronavirus pandemic, as the president has sought to model safe behaviour for the nation.