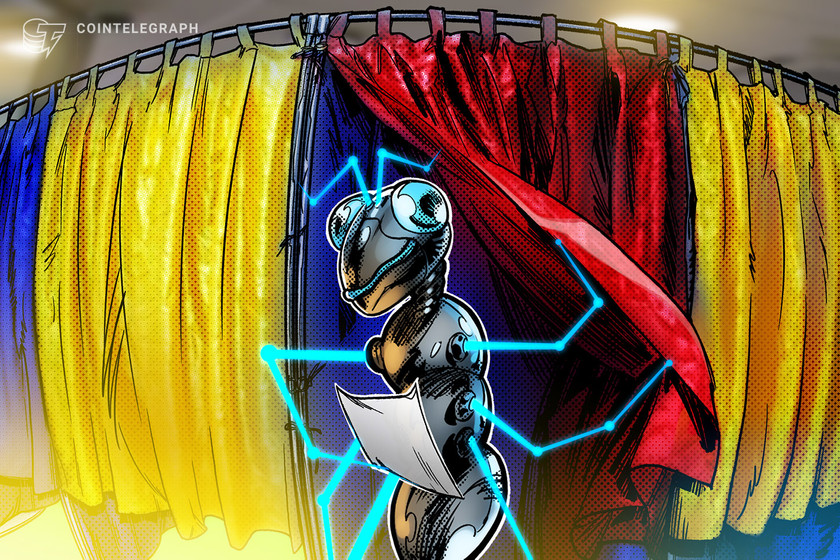 For the first time in Romania, the recent national parliamentary elections, which were held In November, blockchain technology was used for the primary purpose of guaranteeing the integrity of the electoral process and strengthening its transparency. The government aimed to ensure tamper-proof and real-time data on the presence of voters.

There is still a way to go to give voters the power to record, control, count and control the votes themselves (without bypassing it to the electoral authorities) by having them keep a copy of the voting record. However, the prospects for promoting the development of a technology-based societal consensus and protecting democratic values ​​have been stated.

Related: Blockchain voting is the alternative to reliable democratic elections

The novelty of using blockchain technology in elections in Romania

Blockchain technology has been adopted in various industries where there was a need for a chain of trust in the information flow, whereby any change brought to such a flow was intended to be visible and marked. Election turned out to be a field where such technology would be of the utmost use to signal and prevent fraud, illegal voting (wrong person vote) or multiple votes of the same person or more than one place.

The greatest added value lies in the fact that it clearly does not allow any modification or alteration of the data recorded up to a particular moment, not even by their administrators. It works the same way in other industries – it calculates unique and irreparable data footprints that are updated every five seconds. Any potential change in the information generates a new imprint, further making the respective change visible.

The recorded information was made available to the public through a specifically designated portal. For statistical purposes, this comes as another layer of trust in data and its sources as well as information security.

In terms of bureaucracy in Romania, the blockchain also helped report after the election: the management of the minutes prepared in each voting section, which further resulted in lower costs with other entities and human resources.

Ideas for innovative blockchain technology that revolutionized voting were introduced in the EU in 2016, when the European Parliament started to address their implications for the future of democracy through such a transition from the offline, paper-based process to a modern, simplified and easily tracked process.

Election of political parties in Estonia, Norway and Switzerland have already used blockchain technology, but it has been repeatedly acknowledged that proposals to use blockchain in national elections should be in line with several other areas of European law, including confidentiality and data protection for voters and accessibility for all. citizens. In Russia, a DLT-based system was used for Elections in Moscow 2019.

Related: Electronic voting with blockchain: An experience from Naples, Italy

Sierra Leone used a blockchain-based voting system to the 2018 presidential election and became the first country to do so, making the blockchain a savior in electoral processes by securing corrupt elections in Africa.

Japan is currently considering cooperating with a digital identity application in order to build a blockchain-based voting system by itself to be used for elections in the city of Kaga. The partnership plans to create a stable and transparent electoral process with the aim of verifying voter identity and ensuring that only one ballot is issued. Person as well as giving voters the opportunity to check their outcome and that it was done correctly on the blockchain network.

Related: Choice dilemma: Putting data on a blockchain does not mean it is correct

Academics and cybersecurity experts agree that DLT-based voting systems are still in the experimental phase. Researchers at the Massachusetts Institute of Technology’s Computer Science and Artificial Intelligence Laboratory do not consider blockchain voting technology to be reliable, and it has released a paper showing that blockchain systems must mitigate the following risks:

In principle, such voting requirements could be undermined by human intervention and cyber-security attacks. The Fintech room is filled with theft examples.

However, using a two-step approach can be the path to e-voting systems reaching maturity. Romania has already used a voting reporting tool and the nation had turnout figures and additional statistics showing that the use of blockchain technology in elections is possible.

This article was co-authored by Alexandru Stanescu and Ioana Mitu.

The views, thoughts and opinions expressed herein are those of the authors alone and do not necessarily reflect or represent the views and opinions of Cointelegraph.

Alexandru Stanescu is one of the founders of SLV Legal, a company focusing on deep tech, fintech, blockchain technology, crypto, Romanian startups, internationalization and alternative dispute resolution. Previously, he worked as Chief Legal Officer for a blockchain start-up in the blockchain legal field at Baker Botts in London and with the World Bank in the field of global trade and competitiveness practices. He is a graduate of Columbia Law School, University of Deusto and University of Bucharest. SLV Legal is a member of the Global Legal Blockchain Consortium.

Ioana Mitu is an ounce at SLV Legal and has experience in the banking sector. Her relevant work highlights in recent years include regulatory procedures for registration, approval of mergers or acquisitions of qualified participations, and compliance with licensing requirements with national authorities. She deals with fintech, blockchain and start-up financing. She is an avid builder of society at the crossroads of law, politics and technology. She is a member of the Bucharest Bar Association.