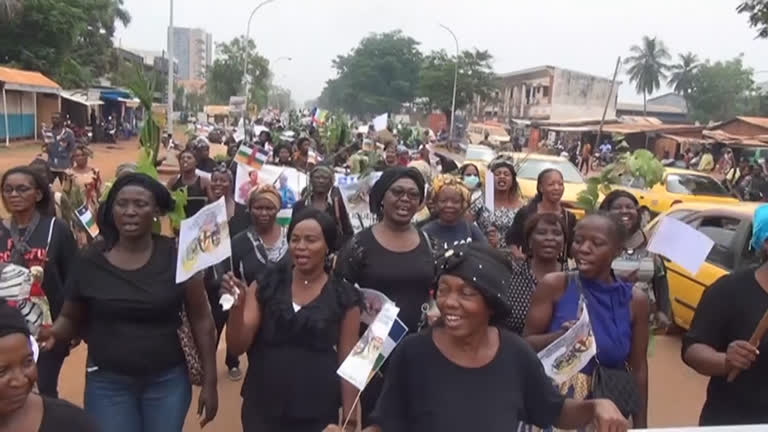 The Coalition of Patriots for Change says a 72-hour unilateral ceasefire will be observed across the Central African Republic.

A rebel coalition that has been fighting the government of the Central African Republic (CAR) has said it will adhere to a unilateral ceasefire in the run-up to Sunday’s election.

A statement from the Coalition of Patriots for Change (CPC), which launched an offensive against the government last Friday, said that “a 72-hour unilateral ceasefire … will be observed across the country by all Patriots’ combat troops”.

The statement also called on the government to “also adhere to a ceasefire during the same period” and called on President Faustin-Archange Touadera to “suspend the election if the conditions for sound organization have never been good”.

The document, dated Wednesday, was confirmed to the AFP news agency on Thursday as authentic by two of the six groups in the CPC – 3R and the Popular Front for Rebirth in Central Africa (FPRC).

The ceasefire announced in the CPC declaration expires before polling day, if Wednesday is considered the start date.

“It is a unilateral ceasefire, a non-event, and we have not seen these people stop what they are doing,” he told AFP.

On Wednesday, the UN and human rights activists had warned of violence before the election, with the former calling it a serious threat to civil security and their voting rights.

There have been reports of attacks on security forces, election candidates and election officials, the UN High Commissioner for Human Rights (OHCHR) said.

Human Rights Watch said at least five civilians were killed in the clashes and thousands had fled.

A new rebel alliance has collided with security forces in various parts of the country in recent days, including near the capital, Bangui, according to the UN.

According to MINUSCA, the UN peacekeeping mission in the country, the rebels are backed by former President Francois Bozize, who was prevented from running for re-election by the Constitutional Court.

The attacks were allegedly aimed at stopping the election, in which Touadera is vying for another presidential term while a new parliament is elected at the same time.

French President Emmanuel Macron condemned the actions of armed groups and individual politicians, including Bozize, during a phone call with Touadera on Wednesday, the Elysee Palace announced.

The oil-rich CAR has been plagued by conflict for years with clashes between a predominantly Muslim rebel coalition and Christian militias after Bozize was overthrown in 2013.

A French military intervention along with a UN peacekeeping mission temporarily stabilized the country with a peace deal signed in 2019, but there are recurring violent flares.

The recent rise in violence has prompted Russia and Rwanda to deploy military consultants and troops in the country.