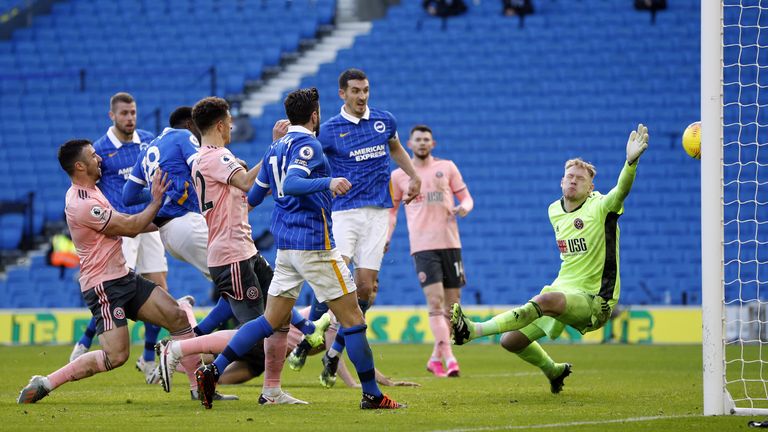 Chris Wilder has warned Sheffield United that they will have to start scraping themselves out of Premier League problems sooner rather than later if they are to avoid the need for a miracle.

Blades will go into Christmas rooted all the way to the foot of the table, still awaiting a first win, having drawn just two of their 14 opening games to give themselves 10 points in safety.

However, Wilder is convinced that the match, which has pulled the club from League One just four seasons ago in top flight, remains ahead of a tough Boxing Day clash with Everton.

Asked if they need a Christmas miracle, he said: “The odds are there for a reason, but the odds are always there to be beaten too. The season does not end after 15, 20 games, as long as there are games to play , then we have a situation where we can collect points – and who knows what will happen to us?

“Of course we look at the points vote and the gap, we must of course first and foremost fight back in the match. But there are enough games to do that.

“We can do it, but of course it is necessary during this period to do it faster than later and give ourselves a chance.”

The Blades will welcome Carlo Ancelotti’s men to Bramall Lane after watching them recover from a blip to win their last three league games, and they are very aware of the part that old boy Dominic Calvert-Lewin played in their flying start to
campaign.

Calvert-Lewin has 14 goals to date for Toffees this season and two more for England, and the man who led him to the former club Northampton on loan earlier in his career and saw him sold to Everton just months after his arrival back in their shared hometown has been very pleased with his progress since.

Wilder said: “It was a difficult time for us to hold on to Dominic, but opportunities have opened up there and he has taken them, not only at club level but at international level, and I’m very happy that he has done it.

“He’s a Sheffield boy and a person who thinks a lot about this football club, and it’s great to see his progression over the last two or three years.”

Meanwhile, Sheffield United midfielder Sander Berge faces up to four months on the sidelines after undergoing surgery on a tendon injury.

The 22-year-old Norwegian international was injured by blocking the ball during the Blades’ 3-2 Premier League defeat to Manchester United on December 17 and is now facing a long period out.

Wilder said: “Sander Berge had surgery on his tendon in his leg, so it’s clearly a huge blow for us with Sander to be out between three and four months.”