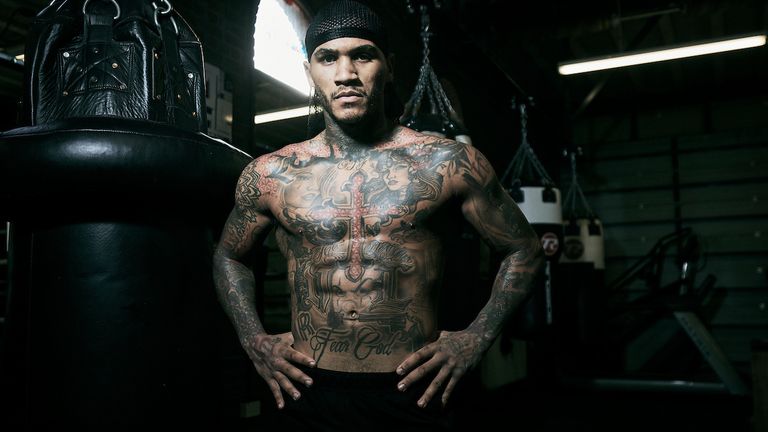 Conor Benn “chooses only bad opponents” because he “can’t take a hit to the head”, his divisional rival Florian Marku has said.

Undefeated Benn returns to action on Saturday, live on Sky Sports, against Samuel Vargas having previously claimed he “has bigger fish to fry” than Marku.

Vargas has shared a ring with Amir Khan, Danny Garcia and Vergil Ortiz Jr but, with six losses to his name, has been criticised by Marku.

“I knew he would not fight me in his next two or three fights because he chooses bad opponents with bad records,” undefeated Marku told Sky Sports.

“Sebastian Formella had a good record but he was not a strong puncher. Vargas is not a good opponent. He has lost to all the good names and has never won against anyone with a good record.

“He has beaten journeymen to build his record. Conor will win. Conor would never choose anyone without losses. [My last two] opponents had unbeaten records.

“It’s easy to choose someone who has tasted losses many times because they don’t give their heart to this game.”

Albania’s Marku won a grudge match against previously unbeaten Rylan Charlton in his most recent fight before calling out Benn, who was watching from ringside.

He has now criticised Benn for not fighting anyone in the thriving domestic welterweight scene.

“Rylan Charlton would give big, big problems to Conor because you saw what Cedrick Peynaud did to him,” Marku said. “This is a fact.”

Benn was knocked down twice by Peynaud three-and-a-half years ago in an unexpectedly gruelling contest which he eventually won on points. He then dominated a rematch but memories of the first fight linger with potential rivals who spotted weaknesses.

“Conor has a glass chin,” said Marku. “Since Peynaud, they haven’t chosen anyone who can hit. From that day, they chose carefully because Conor can’t take a hit to the head.

“When I hit Conor clean? He and his team know I hit hard because they have heard about my sparring. All of my opponents were guys that can hit. They all hit hard. Conor chooses only bad opponents.

“We have good names in the UK – Chris Jenkins, Chris Kongo, Michael McKinson – who were calling him out but he never put his name on the line because he is scared.

“Why did he choose Formella from Germany? He had zero power. Vargas? Because he knows he is 90 percent likely to win. They choose opponents carefully.”

Benn responded to Marku by playing down a potential rivalry when ringside at his most recent fight.

“I beat undefeated kids – I’ve been there, seen it, done it,” Benn said at the time. “I can’t blame him. Coward? Don’t be silly. You’ve got to take it with a pinch of salt. You’ve got to laugh at it.”

Marku remembers before extending his unbeaten record: “In my last fight when I walked to the ring, I turned my head to him and said ‘it will be your turn next’.

“I want to know what Conor would say when I ask him: ‘Why don’t you fight anyone in the division?'”

As two rising welterweights with major fan bases, a future clash between Benn and Marku may become likelier as they edge closer to world championships.

“He will have to fight me if he keeps his unbeaten record,” said Marku. “I can bring in big money, I can sell more tickets than his entire gym can sell together! I am a big money fight in the future for him, if we keep our unbeaten records.