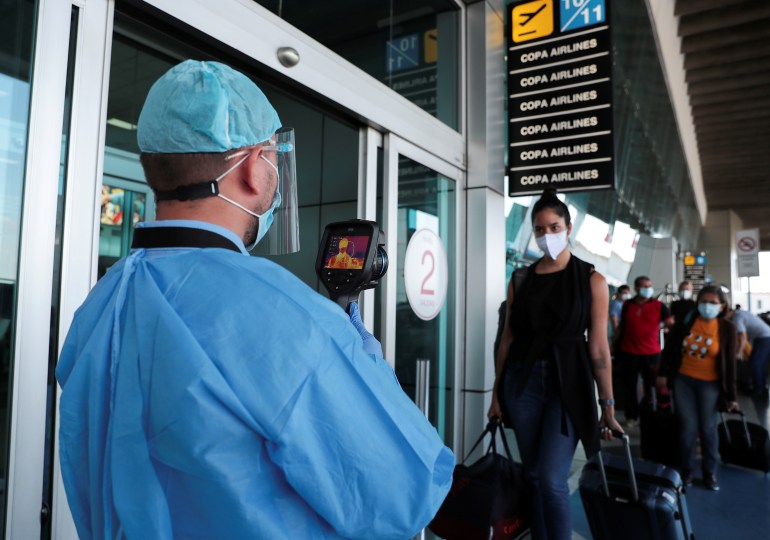 Panama welcomes 220 Cuban doctors in the face of a sharp rise in COVID-19 cases and a shortage of medical workers.

“This morning, 220 Cuban specialists arrived in our country to strengthen the health care system in the fight against # COVID19,” the ministry said on Twitter.

This season will bring to our country a total of 220 Cuban specialists who will come to reform the health care system in this situation against the # COVID-19. pic.twitter.com/uP8rpTtrNq

Translation: This morning, 220 Cuban specialists arrived in our country to strengthen the health care system in the fight against # COVID19.

Following an increase in coronavirus infections, Panama announced on Friday that it would reintroduce nationwide restrictions requiring men and women to shop for the holidays on different days.

The restrictions are similar to those imposed during the height of the pandemic back in June, when infections and deaths hit record highs.

The government has also introduced a lockdown over the Christmas and New Year holidays.

Panama has seen an increase in COVID-19 cases after it began reopening its economy in September, leading to congested hospitals and a shortage of health care workers.

On Thursday, Panamanian health authorities reported 3,348 new cases of COVID-19 and 42 deaths associated with the virus, a daily record for both measures.

Panama has been hit hard by the pandemic – more than 220,000 people have so far been infected with the disease, and at least 3,600 people have died.

Governments that hire Cuban medical workers must ensure their fair and humane treatment – in stark contrast to the Castro regime, which trades and exploits workers’ courage for its own gain.

Panama said on December 15 that it wanted to hire doctors from Cuba, the United States, Mexico, Venezuela and Colombia to help tackle the pandemic despite a law banning foreign medical professionals from working in the country.

The message received criticism from the United States, an important ally.

“Governments hiring Cuban medical workers must ensure their fair and humane treatment – in stark contrast to the Castro regime, which trades and exploits workers’ courage for its own gain,” Michael Kozak, the US acting secretary to Western Hemisphere Affairs, tweeted. Monday.

Contingent of Specialized Physicians in Disaster Situations and Serious Epidemics #Panama to collaborate with its Panamanian counterparts in the Covid-19 Pandemic. #CubaViva #CubaSalvaVidas @CubaMINREX @EmbacubaP pic.twitter.com/v2BHi9gRsH

Translation: Physician specializing in disasters and epidemics arrives in #Panama to work with their Panamanian counterparts to confront the COVID-19 pandemic.

The United States has described Cuba’s practices of exporting its world-renowned health workers as “white coat diplomacy” and accuses the island nation of using the drugs as a propaganda tool.

Panama is expected to receive the first batch of Pfizer-BioNTech vaccine – approximately 450,000 doses – in the first quarter of 2021. The government has signed an agreement to purchase three million vaccine doses from Pfizer-BioNTech.