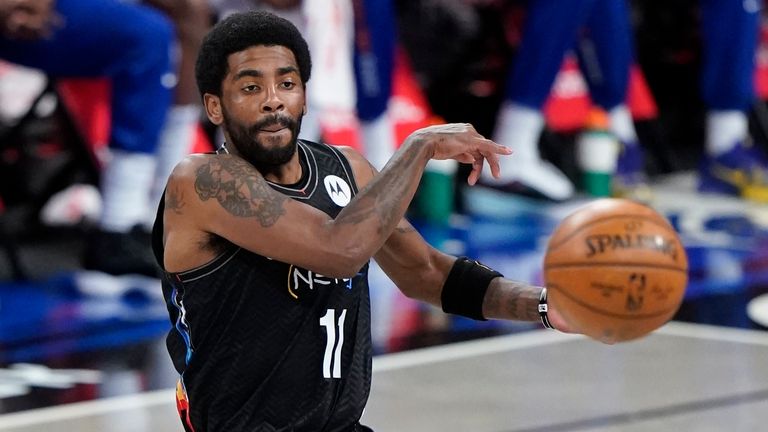 Durant missed the past 23 games with a left hamstring injury and hasn’t played since February 13. He also missed the team’s three games just prior to that lone appearance.

The return of the Brooklyn star is quite timely, considering fellow star point guard James Harden is expected to miss at least 10 days, also with a hamstring issue sustained Monday.

Brooklyn coach Steve Nash said tests on the hamstring have been “clean,” but the Nets will “err on the side of caution” by holding Harden out as long as he feels discomfort.

Durant is averaging 29 points per game to go along with 7.3 rebounds and 5.3 assists in just 19 games during his first season as an active player for Brooklyn. He missed all of the 2019-20 season due to a ruptured right Achilles tendon.

The trio of Kyrie Irving, Harden and Durant has only played seven games together, yet the Nets still sit at the top of the Eastern Conference through with a 35-16 record (now alongside the Philadelphia 76ers after their win on Tuesday night).

Irving scored 40 points on Monday to help Brooklyn overcome a 14-point deficit in its win against New York. The victory was the Nets’ eighth straight at home.

Jeff Green matched his season high with 23 points, making 9 of 13 free throws – including two that provided the winning points with 3.7 seconds left.

Joe Harris scored 16 points and Alize Johnson had 12 points and seven rebounds off the bench.

“It was a total team effort,” Irving said. “A lot of guys stepped up, especially our bench. They came in and made a difference, and when we got guys out, injury bug, we need that more than ever.”

Zion Williamson returned from a three-game absence due to a strained right thumb and had 34 points on 12-of-18 shooting in the Pelicans’ 123-107 loss at Atlanta on Tuesday. He has scored at least 20 points in 25 consecutive games.

Lonzo Ball played his second game after a seven-game absence and Steven Adams returned from a one-game absence in a 122-115 victory at Houston on Sunday.

But Brandon Ingram has missed the past four games because of a toe injury, and Nickeil Alexander-Walker, who averaged 18.9 points while starting Ball’s place, is out for at least two weeks because of an ankle injury sustained versus the Rockets.

Kira Lewis Jr. has missed the past two games because of calf injury and Josh Hart will miss at least three weeks after undergoing thumb surgery. New Orleans added some help by signing guard Isaiah Thomas, who made his debut against the Hawks. He had 10 points (on 4-of-13 shooting) in 25 minutes during his first NBA game since Feb. 3, 2020.

“I thought he played fine, certainly as well as you could expect for somebody who hasn’t played in a year,” Pelicans coach Stan Van Gundy said.

Atlanta set the record for more made 3-pointers in one quarter without missing when it sunk all 11 attempts in the third quarter. The Hawks finished 20 of 31 for the game, while the Pelicans sank 12 of 38 shots from 3-point range.