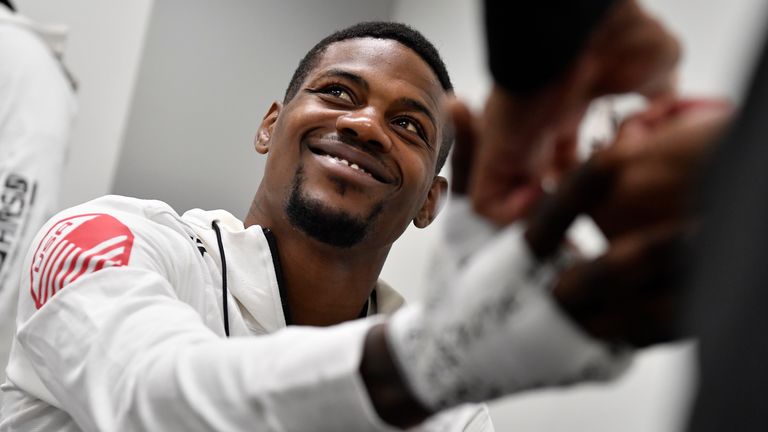 Kevin Holland says he is ready to step up for his UFC main event fight with Marvin Vettori, despite having last stepped into the cage just three weeks ago.

Holland will make a short 21-day turnaround after his defeat to Derek Brunson when he returns to the cage as a late replacement for Liverpool-born Darren Till on April 10.

28-year-old Holland, nicknamed ‘Trailblazer’, ties the record of Deiveson Figueiredo (UFC 255 and UFC 256) for the shortest time span for a turnaround fight in UFC history.

“I found out [about the fight] at the last second. I was in the shower when they hit me up and somebody said something about a fight. I got back in the shower and by the time I got out again, the fight was announced,” Holland told Sky Sports.

“This is my job, this is my career. They tell me I need to step up so this is what I’m going to do.”

Holland, who has earned 17 of his 21 career victories by stoppage, was asked whether he might have wanted to take some time off following his loss to Brunson. He replied: “Any time off? No. That’s for retired people. I’m here to work. I’m young, healthy, full of motivation, full of confidence. I’m a working man.”

Vettori (16-4-1 MMA, 6-2-1 UFC) will be looking to extend his winning streak to five fights on Saturday but Holland knows there will be a lot of pressure on his opponent to deliver the goods.

“Marvin is a fighter. We’re all just fighters. I don’t think too much about these guys, to be honest with you. We just go out there and scrap.”

Holland also discussed the Vettori blueprint, saying: “The thing about blueprints is if you build a building on the left, you try building that same building on the right, [but] things are going to be backwards.”

And Holland added that he didn’t want to be Till’s “janitor” all the time, claiming ‘The Gorilla’ “owes” him something when asked about a potential fight between the two of them in the future.