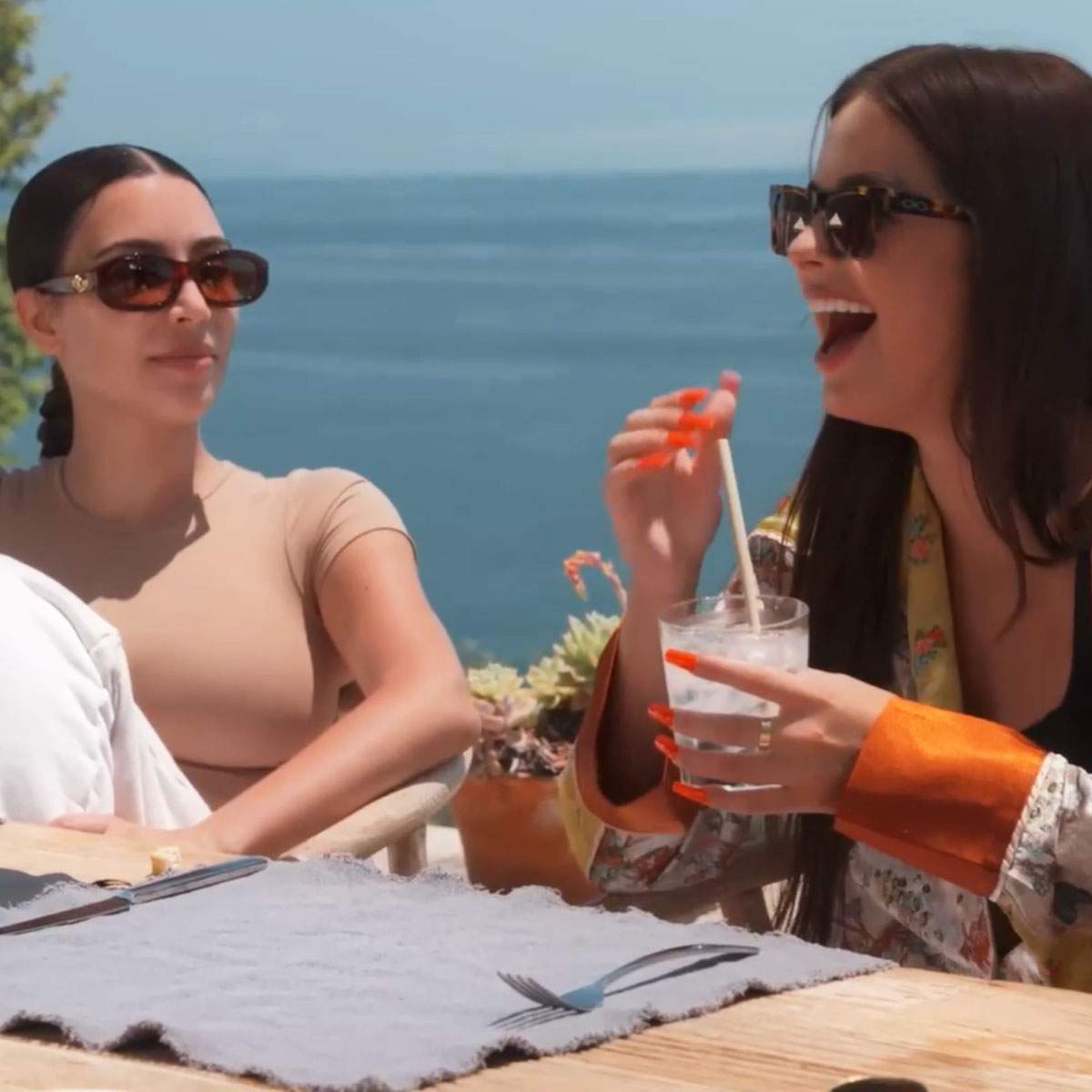 Addison Rae has passed the Kardashians’ interrogation with flying colors.

On the April 8 episode of Keeping Up With the Kardashians, viewers saw Kim and Khloe Kardashian grill Addison about her true intentions with bestie Kourtney Kardashian.

After the episode, Kim tweeted to give the TikTok star her stamp of approval. “LOVE @whoisaddison so much!” the SKIMS founder wrote. “She was such a good sport letting us really interrogate her! Wouldn’t you though if you were us???”

So, what went down on screen? During said interrogation, the family invited Addison to an oceanside lunch without Kourtney’s knowledge. As Khloe said ahead of time, “Kourtney and Addison’s dynamic, it’s just a little interesting.”

She asked the 20 year old directly, “What the f–k do you do to Kourtney to make her so happy?”

Kim jumped in to reveal her initial assumptions about their growing friendship. “Honestly, at the beginning, we were like, ‘Wait, are they hooking up?’ If it was like that kind of relationship.” Scott added, “I’m still thinking that,” calling it the “elephant in the room.”