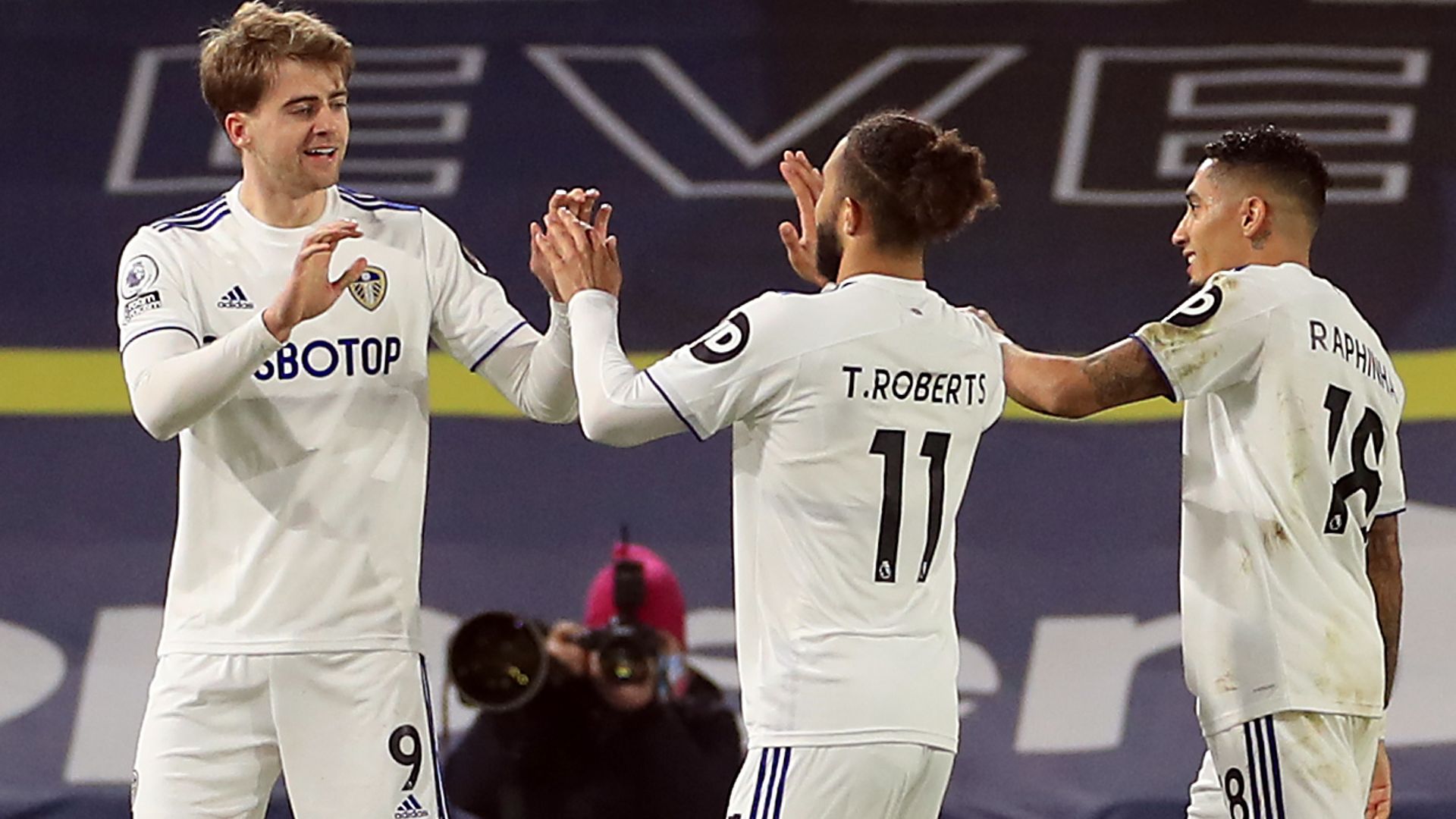 Second-half goals from Patrick Bamford, Stuart Dallas and Raphinha lifted Leeds into the top half of the Premier League with a 3-0 win over Southampton.

Bamford netted his 13th goal of the season from Tyler Roberts’ turn and release in midfield before slotting past Alex McCarthy when clean through less than two minutes into a second half they would go on to dominate.

Before the break, Southampton had enjoyed the better of the game and were initially awarded a penalty for Diego Llorente’s foul on Nathan Tella before it was overturned by VAR, and in the final minute of the half Che Adams was denied a goal from a free-kick which had been taken before Andre Marriner had blown his whistle.

But with Bamford’s goal behind them, Leeds secured their first win in three games with a fine second from Dallas 12 minutes from time, before Raphinha beat McCarthy direct from a free-kick (84) to move the hosts up to 10th, and exceed their entire points tally from the last season they were at this level.

Leeds rise to occasion to see off Southampton

Leeds’ reputation as the Premier League’s high-intensity, all-action side looked a more appropriate description of Southampton in the early minutes, who should have led when Jannik Vestergaard was left unmarked to head a gorgeous James Ward-Prowse free-kick wide.

Tella, making his first Premier League start, was a livewire from the off and fired straight at the goalkeeper after a bright run off the left, before his next foray into the area brought a penalty from an alleged foul by Llorente.

But after visiting the VAR review monitor, referee Marriner overturned his initial decision, which would not be his only moment of controversy of the opening half.

After a slow start Leeds grew into the match and saw Roberts fire over when well-placed and Liam Cooper’s rising effort from a free-kick turned over, before Adams tucked home Ward-Prowse’s quick free-kick only to be denied as Marriner had blown his whistle marginally after the ball was first kicked.

Southampton were left smarting at the break, but two minutes after half-time things got far worse as Roberts was given time to turn in midfield before feeding Bamford, who had ghosted inside Jan Bednarek and beat McCarthy with a fine finish.

He should have doubled their advantage soon after but shot straight at the goalkeeper from close-range, before Llorente’s effort from Raphinha’s pull-back was kept out by another fine stop.

Southampton’s best second-half opportunity game through another Vestergaard header. The defender connected well with Ward-Prowse’s corner, but saw goalscorer Bamford turn defender to clear his shot off the line.

Leeds have grown a reputation for never letting up, and as Southampton pushed forward for an equaliser they pounced. First substitute Douglas Costa squared for Dallas to smartly beat McCarthy from distance, before Raphinha embarrassed the goalkeeper with a low free-kick he should have kept out.

A second half to forget extended Southampton’s winless streak to eight games – the longest in the division – while Leeds move onto 35 points, 13 clear of the relegation zone and potentially five from a European spot.

Leeds are back on Sky Sports this weekend, hosting Aston Villa as part of Saturday Night Football on Sky Sports Premier League from 5pm; Kick-off at 5.30pm.

Southampton are also next up on Monday Night Football on Sky Sports Premier League from 7pm next week; Kick-off at 8pm.