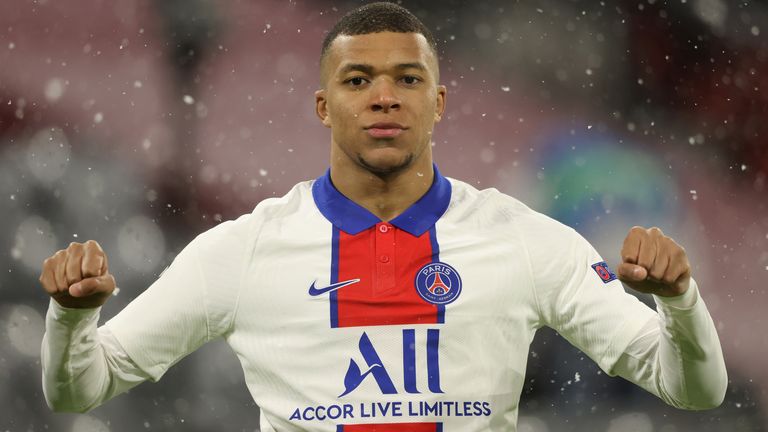 Mauricio Pochettino praised his players’ “sacrifice” to stun Bayern Munich but said they must perform better than their second-leg showing against Barcelona to progress to the Champions League semi-finals.

Pochettino’s team are 90 minutes away from a meeting with Manchester City or Borussia Dortmund in the semi-finals following a 3-2 win at the Allianz Arena, inflicting Bayern’s first defeat in the Champions League in 20 games, a run lasting more than two years.

The Argentine’s side produced a similarly stunning result when thumping Barcelona 4-1 at the Nou Camp in the first leg of their last-16 tie in this season’s competition, before the Catalan side missed a host of chances to give themselves a fighting chance in the return fixture at the Parc des Princes in a timid home performance.

Pochettino believes a repeat will not be enough for PSG to progress this time around, and after beating the reigning champions in Germany told RMC Sport: “I am happy with the result, with the attitude of the team which found itself in difficult situations against the best team in Europe. We must congratulate the players for their sense of sacrifice. We are trying to repeat this kind of performance.

“When you win, it’s always easier to explain your decisions, everyone thinks you made the right choices. The credit goes to the players, they are the main protagonists, it is their quality that must be highlighted.

“There were a lot of sacrifices tonight, but we still have one game, 90 minutes to play. The first leg is favourable but the return will be difficult as we know.

“It’s a totally different result from the first leg against Barca, the advantage there is as small as possible. We hope that our performance in the return will be better than against Barcelona, that’s our desire.”

PSG were eight minutes away from taking a 2-0 half-time lead back to the dressing room against Bayern, but Eric Maxim Choupo-Moting’s goal gave the hosts a fighting chance of a comeback prior to the interval.

The Germans’ dominance had begun to tell by the time the half-time whistle went but double goalscorer Kylian Mbappe told BT Sport that Pochettino had told his players to remain confident enough to play football and take on their hosts after the break.

“After the first goal, we stayed back and Bayern Munich put a lot of pressure [on us] but at half-time the coach said to keep the confidence and don’t be scared to play and that’s what we did. In the second half it was so much better.

“It was a little bit difficult in the first 15 minutes of the second half and they equalised but after we scored the last goal we kept the result.

“It was a difficult game against the best team in Europe at the moment but we played well. We played like a team, the collective was good. My team-mates were so good and I want to say congratulations to all the team.