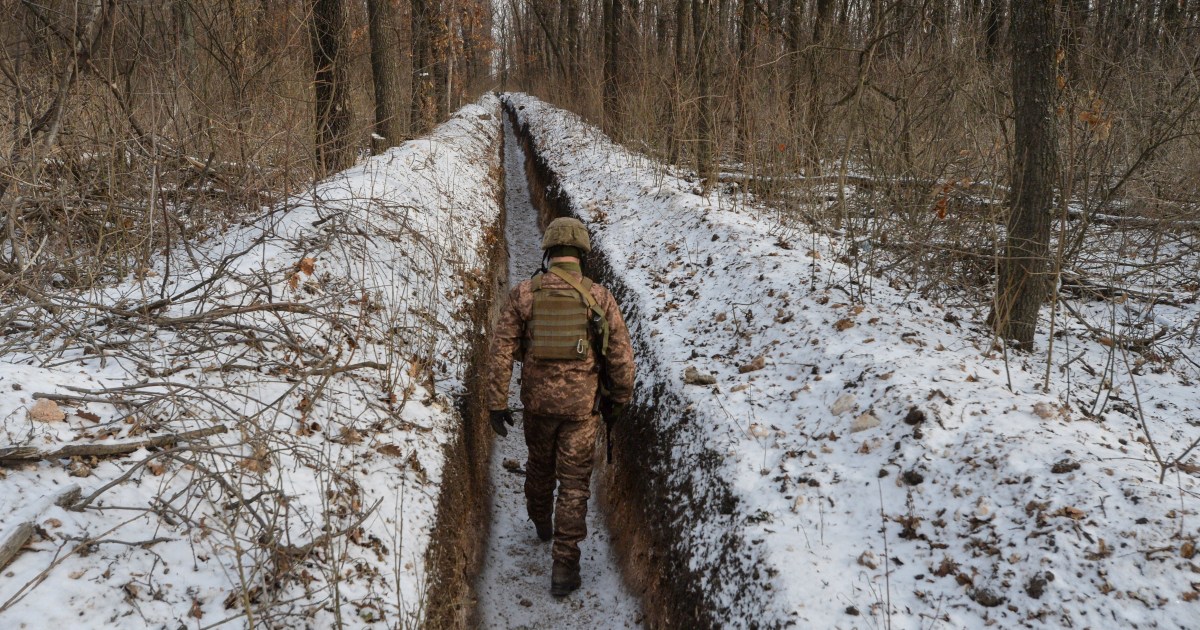 German Chancellor calls on the Kremlin to unwind military build-up ‘in order to de-escalate’ the situation in Donbas.

German Chancellor Angela Merkel told Russian President Vladimir Putin on Thursday to pull back a military build-up near the country’s border with Ukraine amid heightened tensions in the conflict-stricken Donbas region.

Ukrainian government troops have battled Russian-backed separatists in the country’s eastern Donetsk and Lugansk regions, which form part of Donbas, since the rebels seized a swath of territory there in April 2014.

Fears of an escalation in hostilities have mounted in recent weeks, with Ukraine raising the alarm about an increase in Russian forces along the countries’ shared border and renewed front-line clashes.

“The Chancellor demanded that this build-up be unwound in order to de-escalate the situation,” Germany’s government said in a readout of a telephone call between Merkel and Putin.

The Kremlin, for its part, said in its readout of the phone call that “Vladimir Putin noted provocative actions by Kyiv which is deliberately inflaming the situation along the line of contact.”

Merkel and Putin’s conversation came as Ukrainian President Volodymyr Zelenskyy flew to the front line of the Donbas conflict on Thursday.

Zelenskyy earlier this week called on NATO to lay out a path for Ukraine to join the military bloc, whose expansion Moscow fiercely opposes, saying it was the only way to end the conflict in Donbas.

He said such a move would act as a “powerful deterrent” to Russia, which annexed Ukraine’s Crimea Peninsula in March 2014 after an uprising that toppled former Kremlin-friendly President Viktor Yanukovych.

Zelenskyy has accused Russia of flexing its military muscles over the latter’s build-up of troops along their shared border.

Russia has previously said its forces pose no threat and were defensive, but that they would stay there as long as Moscow saw fit.

However, Moscow on Tuesday announced it had begun a planned inspection of its army’s combat readiness involving thousands of drills.

Adding to concerns of a potentially imminent large-scale confrontation, a high-ranking Kremlin official on Thursday said Russia could under certain circumstances be forced to defend its citizens in Donbas.

Dmitry Kozak, the deputy head of Russia’s presidential administration, was quoted by Russia’s Tass news agency as saying that Ukraine’s government were like “children playing with matches”.

“I support the assessment that the start of military action – this would be the beginning of the end of Ukraine,” he said.

Moscow has denied interfering in Donbas, but Ukraine and several Western countries have said separatist forces in the region have been armed, led, funded and aided by Russians.

While a ceasefire halted full-scale warfare in the area in 2015, sporadic clashes never ceased.

More than 14,000 people have died in the fighting, according to estimates made by Kyiv.