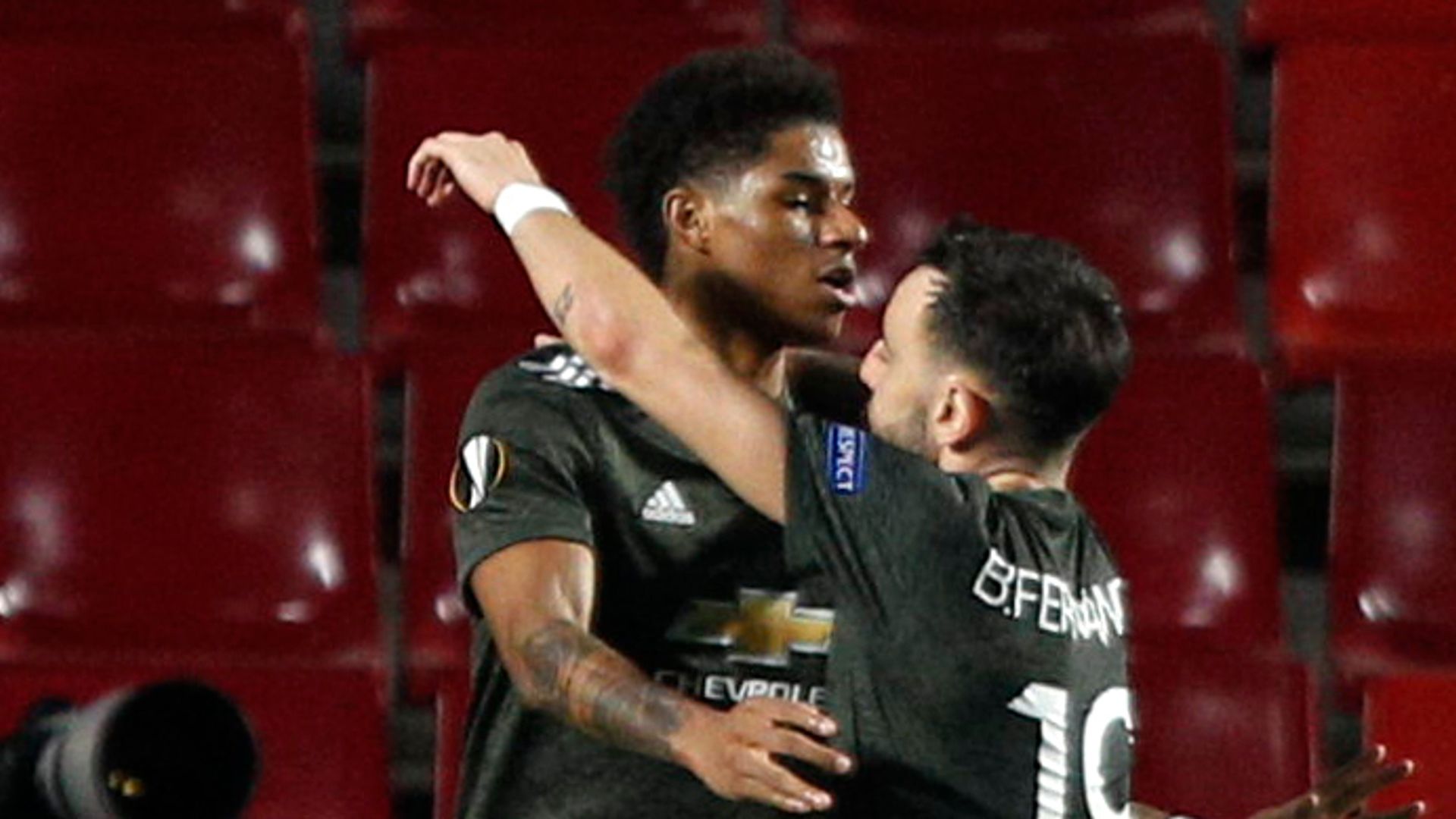 Rashford and Fernandes scored both goals in United’s 2-0 win at Granada, to give them two away goals and a strong advantage heading into next Thursday’s return leg at Old Trafford, where the Spanish side will need to score at least three goals to progress in 90 minutes.

The pair scored from their side’s only two shots on target across the game in Spain, against a limited but defensively resolute Granada side, while also seeing five players booked – meaning Luke Shaw, Scott McTominay and Harry Maguire will sit out next week’s game with suspension.

Speaking after the game, Solskjaer told BT Sport: “[Marcus Rashford and Bruno Fernandes] have been exceptional, so important for us. It was a very good run by Rashford, takes the ball fantastically. Bruno is so confident on penalties even though the keeper almost saved it.

“Bruno drives the team, he drives himself. He’s got such a hunger and enthusiasm to win and do well.

“I’ve played in teams with a lot stronger personalities than that, to be honest. That’s the way for us to improve, to take to the next level, is to demand more and more and more.

“Marcus scored a fantastic goal from a great pass by Victor, great run, and great skill to bring the ball down like this. We’ve seen it a few times before like this, it’s a top-top quality goal.

“It was not a perfect night. We got three yellow cards and three suspensions. 2-0 is very good result. We know how difficult it is to come to Spain. We’ve got to play well to get a result.

“It was an important goal, the second. A 1-0 lead, losing three players, is not a good position to be in. I don’t think we deserved five yellow cards, but that’s happened. We’re delighted with the result, of course.”

Fernandes’ goal, ending a six-game drought for the Portuguese midfielder, came from the spot after he won himself a penalty in the final minute of the game following a foul by Granada midfielder Brice – who appeared to catch him in the face from a cross by Alex Telles – who himself had been introduced after Shaw was taken off as a precaution.

“I haven’t seen the penalty,” Solskjaer told his post-match press conference. “I’ve just seen his eye when he came off. He got hit, Mike Phelan said he took one in the face and it was a clear penalty, but I’ve not seen it.

“His eye is red. To score with just one eye open is also a skill! I had to protect Luke Shaw, but think and hope he should be okay for the weekend.”