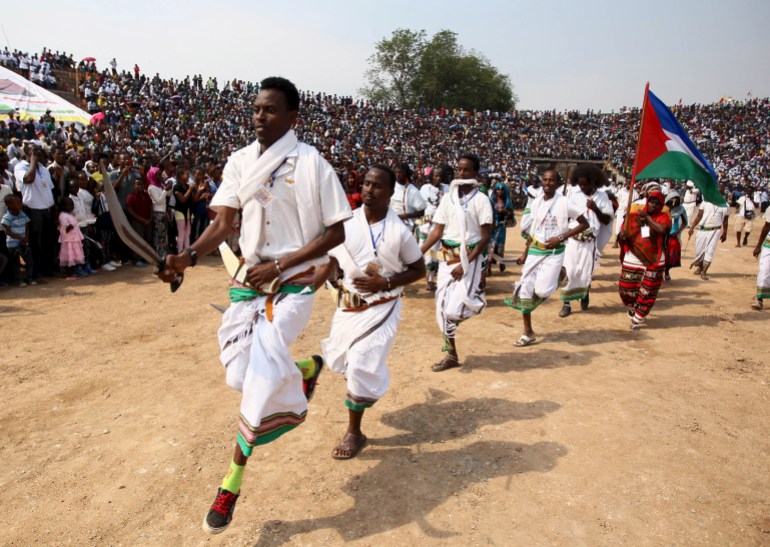 Border clashes between the Afar and Somali regions predate the six-month-old conflict in the Tigray.

Border clashes between Ethiopia’s Afar and Somali regions have killed at least 100 people, a regional official said, in the latest outbreak of violence ahead of national elections in June.

About 100 civilians, many of them herders, were killed since clashes broke out on Friday and continued through to Tuesday, Ahmed Humed, the deputy police commissioner for the Afar region, told the Reuters news agency by phone. He blamed the violence on an attack by Somali regional forces.

The bloodshed in territory claimed by the Somali and Afar regions highlights security woes facing Prime Minister Abiy Ahmed that extend well beyond the ongoing conflict farther north in Tigray.

Ali Bedel, a spokesman for the Somali region, said 25 people had been killed on Friday and an “unknown number of civilians” died in a subsequent attack by the same forces on Tuesday.

Reuters could not independently verify whether the 25 deaths claimed by the Somali official were in addition to the 100 deaths or included in that figure.

Meanwhile, Ahmed Kaloyte of the Afar region, told the AFP news agency that Somali special police and militias raided an area known as Haruka, “indiscriminately firing on locals and killing more than 30 Afar civilian pastoralists” and injuring at least 50 more

“The local community then beat back the attackers and caught some of them red-handed,” temporarily restoring order, he said.

Both sides deny having initiated the attacks and blame the other for the violence.

Clashes along the border predate the six-month-old conflict in the north that has pitted the federal government against the former ruling party in the Tigray region.

Yet the violence has intensified just as Prime Minister Abiy’s government is trying to assert control over Tigray – underscoring how the 2019 Nobel Peace Prize winner is struggling to keep the country together ahead of the general election in June.

The election was originally set in August 2020 but was postponed due to the coronavirus pandemic. It is regarded as a litmus test for the country’s fragile unity, challenged by many newly resurgent regional and ethnically based parties.

“The Somali region special forces … attacked the areas of Haruk and Gewane using heavy weapons including machine gun and rocket-propelled grenades. Children and women were killed while they were sleeping,” Ahmed said.

In 2014 the boundary between the two states was redrawn by the federal government, then headed by a multi-ethnic ruling coalition, the Ethiopian People’s Revolutionary Democratic Front (EPRDF). Three small towns were transferred to Afar from Somali, which has since tried to win them back.

As a result militias from the two eastern states have clashed before over their disputed boundaries.

In October last year, 27 people were killed in a wave of clashes over the border, with each side blaming the other.

Abiy’s government is also under pressure to address reports of violence between the country’s two largest ethnic groups, the Oromos and the Amharas.

Ethiopia is divided into 10 semi-autonomous federal regions, largely carved out along ethnic lines, and land and political disputes between the states often lead to violence.

His tenure has been marred by persistent, grisly violence along ethnic lines.