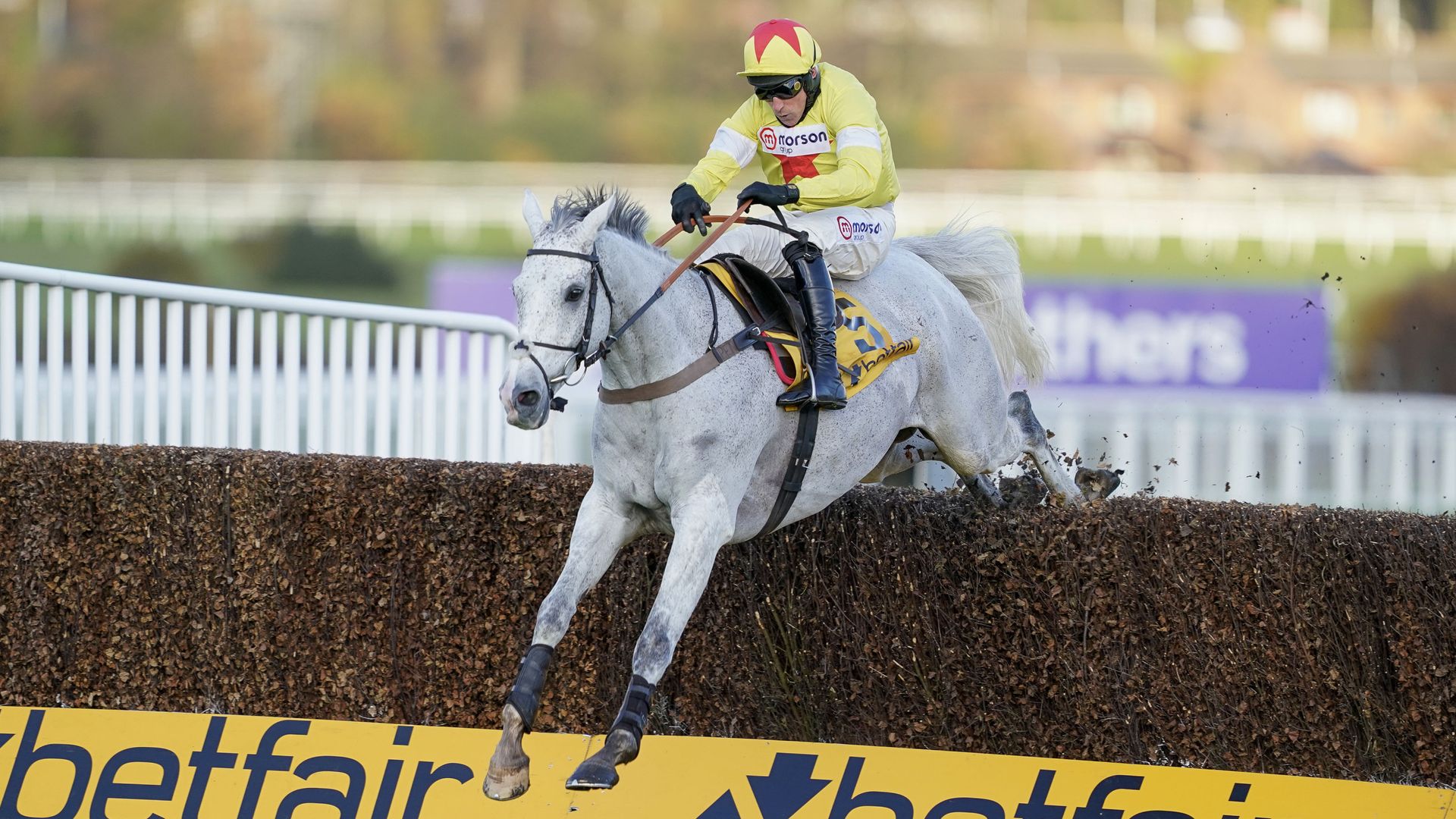 Politologue is set to face seven rivals in the Marsh Chase at Aintree on Friday.

Paul Nicholls’ grey was forced to miss the defence of his Queen Mother Champion Chase crown at last month’s Cheltenham Festival after he was found to have a trickle of blood in his nostril.

The incident proved to be nothing serious, however, and the 10-year-old will aim for a second win in Friday’s feature, which is registered as the Melling Chase, having claimed victory in 2018 and finished second to Min when the race was last run two years ago.

Jerry Scott’s Dashel Drasher, a late absentee from the Ryanair Chase on account of the ground, will aim to add to his Grade One tally having won the Ascot Chase last time out.

Nuts Well finally returns to action for Ann and Ian Hamilton, having missed several engagements since his victory over the same course and distance in the Old Roan Chase in October.

Joseph O’Brien’s Fakir d’Oudairies, who was a non-runner at Fairyhouse on Easter Monday, and Henry de Bromhead’s Notebook represent the all-conquering Irish team.

Nicky Henderson’s highly-regarded Dusart, not sighted since beating the high-class Soaring Glory on his hurdles debut in November, is bound to be popular with punters.

Kim Bailey’s Ajero, who is on a five-timer, and Nicholls’ Houx Gris, who ran so well for a long way in the Boodles at Cheltenham, are also engaged.

In the Betway Mildmay Novices’ Chase, Henderson’s Chantry House gets the chance to build on his victory in the Marsh Novices’ Chase at Cheltenham.

Colin Tizzard fields strong opposition in the shape of The Big Breakaway and Fiddlerontheroof, who both ran well behind the exciting Monkfish at the Festival.

Shan Blue steps back up to three miles after being ridden aggressively in the Marsh at Cheltenham, with Silver Hallmark, Sporting John, Espoir De Romay and Empire Steel also running.

The Doom Bar Sefton Novices’ Hurdle sees Nicholls’ Bravemansgame step up to three miles following his eclipse by Bob Olinger in the Ballymore at Cheltenham.

He is among a field of 15 which includes Emmet Mullins’ Cape Gentleman, Tizzard’s Oscar Elite and Henderson’s Gallyhill.

A field of 28 will line up in the Randox Topham Handicap Chase over the National fences, with Ibleo heading the weights for Venetia Williams.

Two For Gold, Caribean Boy and Willie Mullins’ Livelovelaugh, ridden by Patrick Mullins, are among a competitive field.