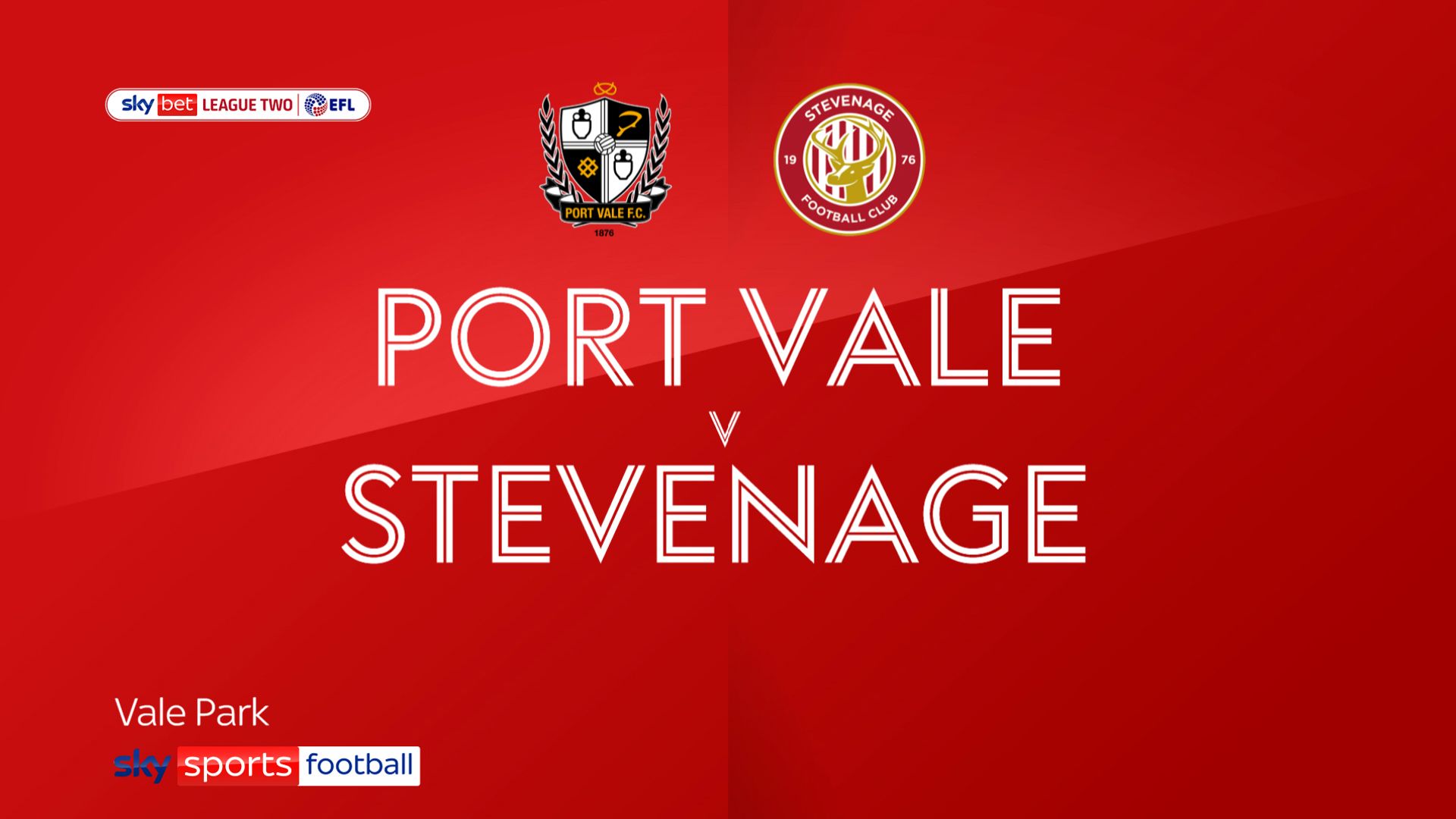 Vale failed to ease their relegation fears in a game devoid of any real quality.

Stevenage defender Terence Vancooten made a crucial tackle to prevent Devante Rodney from bursting clear in the early stages.

The visitors were inches away from taking the lead when Nathan Smith almost diverted right-back Remeao Hutton’s wicked cross into his own net.

Vale looked dangerous on the counter before the break and Cristian Montano brilliantly found Rodney but his effort was blocked with Swan waiting in space.

Leon Legge found Montano with a glorious diagonal pass but the Vale wing-back blazed over midway through the second half.

Lively Valiants substitute Scott Burgess connected beautifully with a long-range volley late on but saw the ball drift just wide of Cumming’s goal as the points were shared.