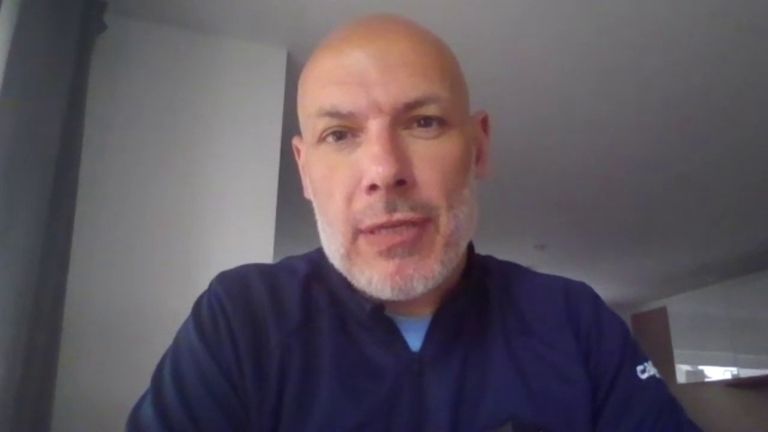 Former referee Howard Webb says brothers Bhups and Sunny Singh Gill must aim for the Premier League after their historic appointments as the first pair of British South Asian match officials to work on a Championship game.

Bhups has been named as one of two assistant referees to Stephen Martin, with Sunny taking up the role of fourth official when Bristol City host Nottingham Forest at Ashton Gate on Saturday, a few days before the Punjabi festival of Vaisakhi.

PE teacher Bhups, and prison officer Sunny, are the sons of trailblazing former match official Jarnail Singh, who was the first turbaned Sikh to referee in the Football League, taking charge of more than 150 games before retiring from elite refereeing in 2010.

Lifelong Rotherham fan Webb, who is now Professional Referee Organisation general manager in the US, says he will support Bhups and Sunny in their bid to become world-class match officials.

“I think both Sunny and Bhups need to be aiming for the Premier League and then beyond that the FIFA international panel,” Webb told Sky Sports News.

“They’ve already shown that they’re talented. And I’m sure they’ll keep working at the game. They’ll keep taking advice from people like their father. If I can help with a little nugget here and there, around my experience then I’m delighted to do so.

“The PGMOL (Professional Game Match Officials Limited – the body responsible for appointing EFL officials) will support them as well and I know they have good coaching structures in place to ensure that they fulfil their potential.

“Who knows where that potential will take them. But I’ve got no reason to think that they won’t be with a good shout of the next step. And that’s where we all, I guess, dream to be. That’s within the Premier League.”

Bhups and Sunny started refereeing as teenagers, and both took some time away before returning to officiating in their mid-20s.

Assistant referee Bhups said the boys’ shared dream had always been to reach the level at which their father officiated, but admits his ambitions have grown as he has risen through the ranks.

“For me, my next step is to be promoted to the Premier League and that is the ultimate dream at the end of the day,” Bhups told Sky Sports News in his first interview after news of the historic appointment broke.

“When we first started, we always said we wanted to get to the Football League and achieve [and reach] where my dad got to.

“But we’ve got here in 10 or 12 years, we’ve done it quite quickly, and we’ve still got time on our hands to make those next steps. So for me [the next goal] is being an assistant referee in the Premier League.”

Sunny, at 37, is a year older than Bhups and has his sights firmly set on moving up from his role as a referee in the National League.

Asked what his next target is, Sunny said: “It’s always going to be your next promotion. I want to be an EFL referee. I want to be on the Championship full-time and that’s my next goal.

“Don’t get me wrong – further down the line – if I make the Premier League, it’s a bonus but I don’t think that far ahead. Being on the EFL full-time, and being in the Championship, that’s my next goal. That’s my next step.”

English football history was made on Easter Monday when Rebecca Welch refereed the League Two clash between Harrogate Town and Port Vale, becoming the first woman to referee a full EFL match.

Webb, who refereed the 2010 FIFA World Cup final between Spain and the Netherlands, says he has the utmost respect for match officials from all diverse backgrounds due to the unique challenges they face in the game.

“My experience will have been different to theirs. They will have faced unconscious implicit bias that I didn’t face coming through,” said Webb

“When I had a bad game back then, it was because I wasn’t a very good referee on the day but when a female official has a bad day at the office, it’s because she’s not just a bad referee but she’s also a female.

“And I’m sure that Sunny and Bhups have suffered the same thing. And of course, as well, if you do stand out, if you are different in the way that you look, then that decision is potentially remembered more because it’s made by you.

“That’s an additional pressure that officials from different backgrounds have to deal with compared to the average British white guy like me who looks like all other bald referees!

“All credit to the resilience that the guys have got to persevere and make it to this level. And as I said, it’s underpinned by quality. They are good officials who understand the game.

“They are athletic. They know how to manage people, all these skills that you need to be successful. If you don’t have them, you don’t survive in the professional game. These guys have done more than survive they have excelled and I think will continue to do so.”

Gallagher: The brothers prove it’s there if you want it

Bhups and Sunny’s father Jarnail presided over almost 200 Football League matches and is now a referee assessor. The 59-year-old worked alongside former top-flight referee Dermot Gallagher, often acting as his fourth official when the pair were both in the Football League.

Gallagher says Bhups and Sunny have emerged as role models in their own right and are now in a position to inspire the next generation of British South Asian match officials.

“It just shows now in refereeing, there is no barrier to entry,” Gallagher told Sky Sports News.

“They just seem like really great role models and I would suggest that’s because of their father because he is such a nice guy and you can see that has cascaded down.

“I always say perception is reality. What people see is what they believe and people seeing Asian boys refereeing or running the line in the Championship, possibly in the Premier League – it sends out a message to friends, colleagues and people that you can do this

For more stories, features and videos, visit our groundbreaking South Asians in Football page on skysports.com and stay tuned to Sky Sports News and our Sky Sports digital platforms.