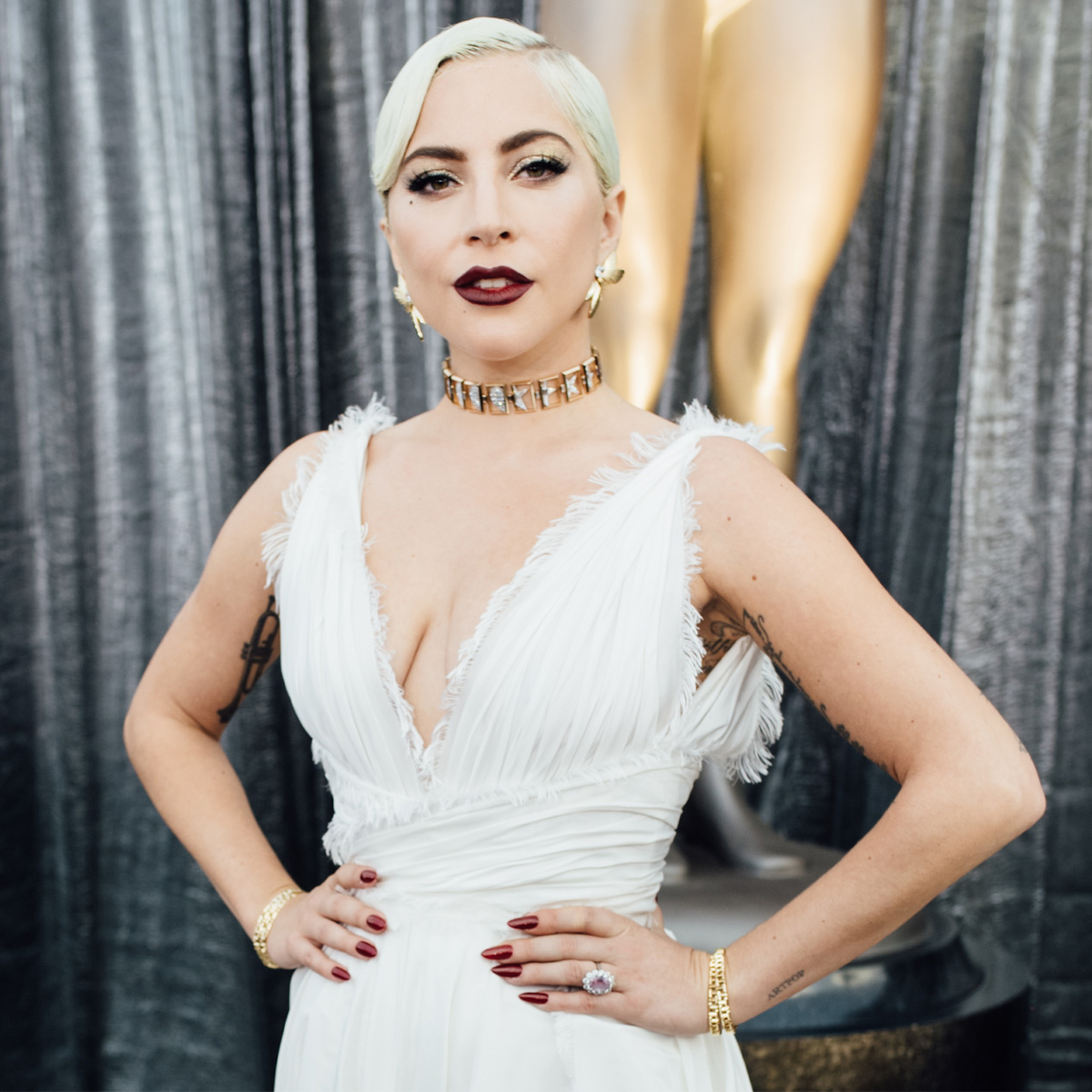 Before Italian socialite Patrizia Reggiani was labeled a “Black Widow,” she was a bride all dressed in white.

And so on April 8, new photos emerged of Lady Gaga filming on location in Rome as her House of Gucci character, with the “Born This Way” singer wearing a wedding dress for a key scene in the upcoming biopic. Naturally, dozens of fans came out to get a glimpse of Gaga all glammed up.

In the upcoming film, which is directed by Ridley Scott and based on the true and twisted fashion story, Gaga stars as Patrizia, the woman who married Maurizio Gucci (played by Adam Driver) in 1972. Twenty-six years later, Patrizia was convicted of hiring the hitman who killed her husband—hence her dark nickname.

The new photos prove that the new movie isn’t going for a seam-by-seam exact replication of Patrizia’s dress, which doesn’t have Gaga’s see-through lace detailing or lower neckline. However, both women wear very similar hairstyles. And, we repeat, Gaga in a wedding dress!