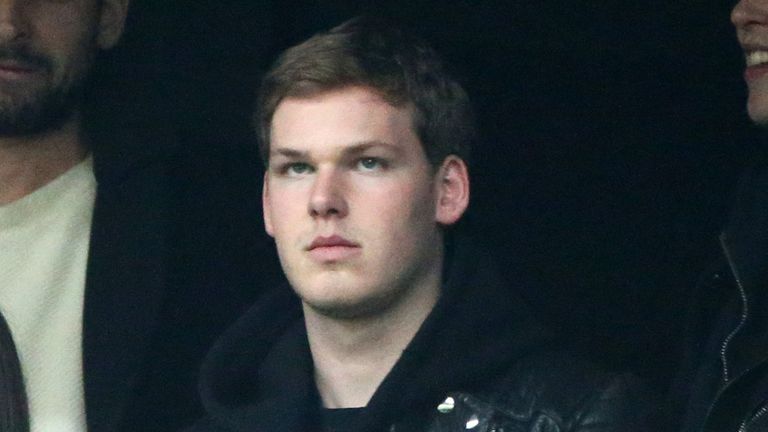 The acquisition of Sunderland has come a step closer with the announcement that an agreement has been reached that Kyril Louis-Dreyfus will acquire Stewart Donald’s controlling interest.

Subject to approval from the EFL, the 22-year-old Louis-Dreyfus, son of former Marseille owner Robert Louis-Dreyfus, will become chairman of Sunderland early in the new year.

Donald has been Sunderland’s majority shareholder since May 2018, when he bought the club from Ellis Short and has been looking to sell for the past year.

Louis-Dreyfus’ family founded the Swiss-based Louis-Dreyfus group in the 19th century and owned the French club Marseille for 10 years before selling it in 2016.

In a club statement released on Thursday, Louis-Dreyfus said: “First, I would like to thank Stewart Donald for his integrity and fairness over the last three months, which has led to me having the opportunity to take a controlling share in Sunderland AFC.

“I am fully aware of the efforts of the current ownership and board to protect the viability of the clubs and respect the difficulty of this task given Sunderland’s recent past and current economic climate.

“We respectfully await the EFL’s approval of this transaction. Nevertheless, it would be much of me at this point not to stress what an enormous honor it would be for me to be involved in such a historic club in a city known for its rich football. culture dating back to 1879. Many will be aware of my family connections to the industry, and when I acquire the Sunderland AFC, I understand the responsibility placed on me as the guardian of the clubs’ future.

“Going forward, we have a long-term strategy that integrates Sunderland’s proud traditions with a modern structure and approach. We will seek to be at the forefront of research and innovation in all areas of performance and place great emphasis on player development and the team’s style of play.

“We want to create a team that is entertaining to watch, and that incorporates the spirit and culture of those who participate, thereby reconnecting the team with its fan base, whose support will be so important to our success.

“In the midst of a global pandemic, we must all be aware of the difficult situation the club is currently in and the challenges we face in the coming months.

“But through hard work, a diligent plan and togetherness from the board, staff, players and supporters, we can create a brighter future between us at the Stadium of Light. If we all play our part, I firmly believe we can recover. Sunderland AFC to the top tier of English football and I can not wait to get started. “

Donald will remain a minority stakeholder in the club along with former CEO Charlie Methven.

Meanwhile, current board member Juan Sartori, who has been integrated into bringing Frenchman Louis-Dreyfus to the club, will also retain a stage at the club.

Donald said: “It has been no secret that I have been looking for some time to find the right person to take Sunderland forward, and over the last year there have been many different people who want to take over.

“Although it is a matter of public record that some of these bidders offered me more money, I felt that they offered less to the club and the community. While from the early meetings with Kyril, his family and advisers, I have been very impressed over their knowledge and understanding, learned over a long period as owners of major football clubs in Belgium and France.

“I think experience combined with a good plan will give the club a platform for progress and I look forward to seeing those progress far from over.”

Documents have been submitted to the EFL to put Louis-Dreyfus through the Owners & Directors Test with the process not expected to be completed before mid-January.