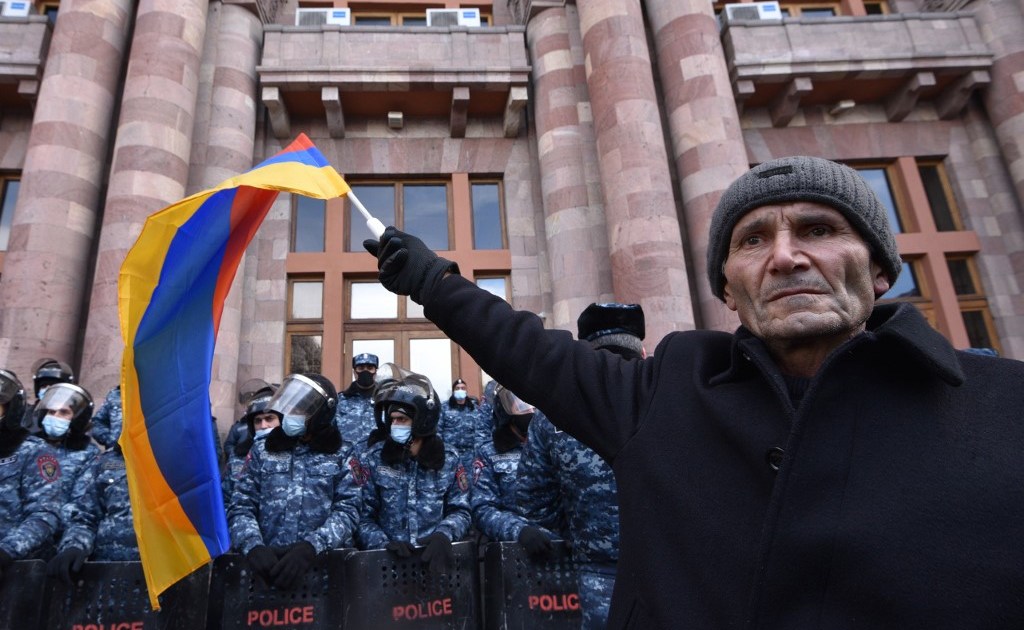 Opposition groups called for the resignation of Prime Minister Nikol Pashinyan in the wake of the conflict between Azerbaijan and Nagorno-Karabakh.

Armenian Prime Minister Nikol Pashinyan has backed the prospect of early parliamentary elections earlier this year after massive protests over the handling of the Nagorno-Karabakh conflict with Azerbaijan.

“I invite you to discuss with parliamentarians and non-parliamentary forces,” Persia wrote on Facebook on Friday.

I can not accept the post of Prime Minister, ”he added. He added that if the people reaffirmed their faith in these difficult times, they would be ready to take the lead.

Pergenian came under intense pressure at the end of the fighting between Aguero and Azerbaijan. Opposition groups called for his resignation, and Azerbaijan was held accountable for his defeat.

Armenian opposition politicians and supporters have been calling for Persia to step down since a peace agreement was signed between the two neighbors on November 10.

The agreement saw Azerbaijan regain control of the Nago-Karabakh region and surrounding areas, which it had lost in the early 1990s.

The alliance with Russia lasted for 44 days, with the Azerbaijani army defeating the Armenian army.

The Persians defended the peace agreement as a necessary but necessary step to prevent Azerbaijan from dominating the entire Nagoro-Karabakh region.

On Friday, he said his critics had not widely supported their demands.

“There is only one way to get an answer to these questions,” Persian wrote on Facebook.

On Friday, pro-opposition protesters continued to block the streets of the Armenian capital, with occasional clashes with police.

Nagorno-Karabakh is located in Azerbaijan and was under the control of Armenian-backed ethnic Armenian forces at the end of the 1994 war.

Fighting broke out in the region on 27 September this year and lasted until 9 November. A total of more than 4,600 people were killed on both sides – most of them soldiers. At least 60 civilians were killed on the Armenian side.