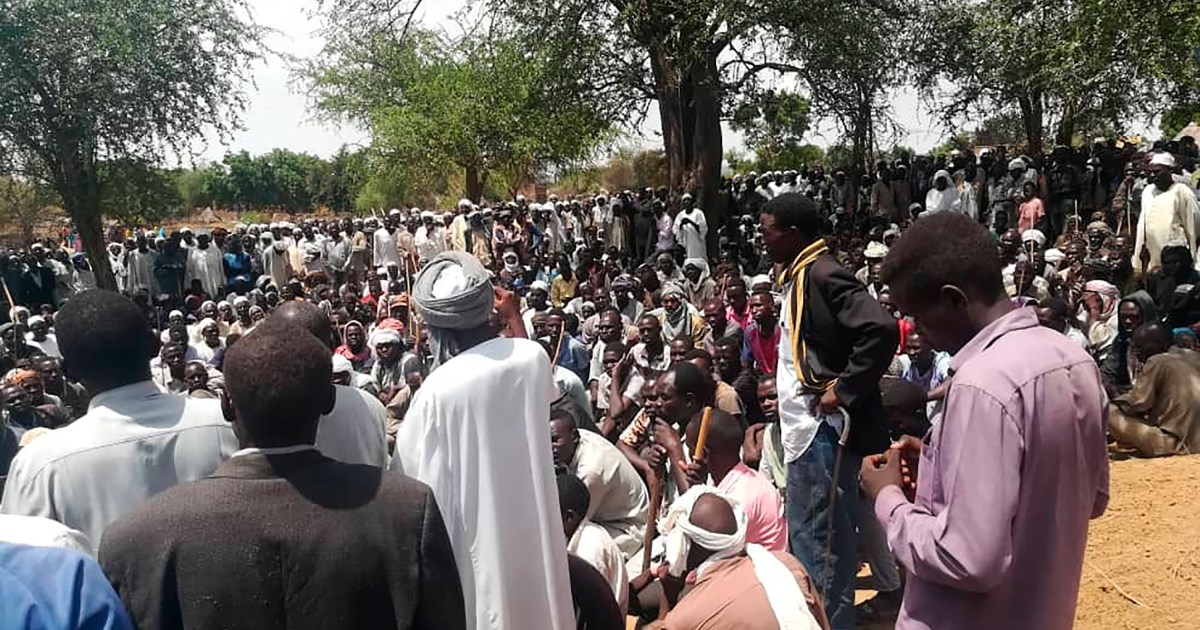 “It’s the same as in the old days,” said Adam Rojal, a coordinator of an internally displaced community in Sudan’s Darfur region recently. He referred to the continuing violence by militias and government forces against the civilian population. I asked how the situation could be the same given that former President Omar al-Bashir, under whose supervision Darfur became the site of mass borders, was ousted in 2019, and a new transitional government took over and promised peace.

“The violent forces that have been targeting civilians for years are still roaming around,” he replied.

On 22 December, the United Nations Security Council unanimously voted to end the joint peacekeeping force of the African Union and the United Nations in Darfur. The remaining UN presence will be in the form of a political mission with no mandate to provide physical protection. While the full details of the mission’s responsibilities are still being worked out, UN Secretary-General for Political and Peacebuilding, Rosemary DiCarlo, told the UN Security Council on December 8 that it would have a team of child protection and women’s advisers, human rights officers and police trainers.

As December 31, the last day of peacekeeping mission, approaches, residents of this restive region are rightly affected. The latest report by the UN Secretary-General and the President of the African Union Commission documents an “uptick” in inter-community violence and civil unrest, with peacekeepers recording 146 deaths between June and October.

Yet Rojal and other displaced people in Darfur are concerned that the government is far from ready to carry out this task. “Peacekeeping missions sometimes failed to protect us,” Rojal said. “But the solution must improve what is here, not remove it and leave us alone.”

While the mandate of the peacekeepers was briefly extended in October at the request of Sudanese Prime Minister Abdalla Hamdok, the government seems reluctant to extend the mandate beyond the end of this year. Foreign governments and the UN have shown they are not willing to push Khartoum to consider another extension.

The period following al-Bashir’s expulsion in April 2019 has been a history of turbulent and fragile transition, particularly in Darfur. In August 2019, civilian political groups and military leaders reached a power-sharing agreement that mapped the path to Sudan’s transition. A peace deal was signed in October 2020 with a number of rebel factions, but some key armed groups are active in Darfur.

Darfuris have become very vocal about their rejection of the UN peacekeeping withdrawal. In early December, displaced communities in Zalingi and Kalma camps in southern Darfur protested against the movement. A journalist covering the protests told me: “The displaced see the departure of UNAMID at the moment as catastrophic. Inter-municipal violence is acute. Some holdout groups still did not take part in the peace talks, and their current strife also poses a risk to the civilian population. ”

In June and July, communities in Darfur, many from the displaced, protested against insecurity and abuse. Some of these demonstrations did not end peacefully.

In response, the government sent in joint forces, including the Rapid Support Forces, which have a long track record of serious violations of international law for years, as documented by human rights groups, including Human Rights Watch. What followed was a campaign of arrests of protesters and activists, which in many cases involved serious human rights violations.

A 37-year-old human rights lawyer was arrested by a military intelligence officer on July 19 in the northern city of Darfuri Kutum and detained for several days. “They accused me of encouraging recent protests that ended in the burning of a police station,” he later told me. “They kept hitting me with their boots and hitting me and then hitting my ears.”

Voices from Darfur raise the critical question of how the government will protect the population by deploying forces with a proven track record of abuse. Tackling this starts with reforming these forces and ending their impunity. The international community should intensify its control over how the government will maintain its obligations in accordance with international standards.

Although the UN Security Council voted against expanding the peacekeeping mission, it cannot just walk away from civilians in Darfur. Sudan’s partners should ensure robust UN human rights monitoring in Darfur and elsewhere in Sudan. If there is a sharp increase, the UN Security Council should consider either a temporary approval of UNAMID if there are still troops on the ground or an expansion of the capabilities of the further mission. hi must ensure that there is no security vacuum leading to more violence against civilians.

As the clock ticks, both Sudan and the international community must listen to the people of Darfur and ensure that they are not abandoned.

The views expressed in this article are those of the author and do not necessarily reflect Al Jazera’s editorial position.