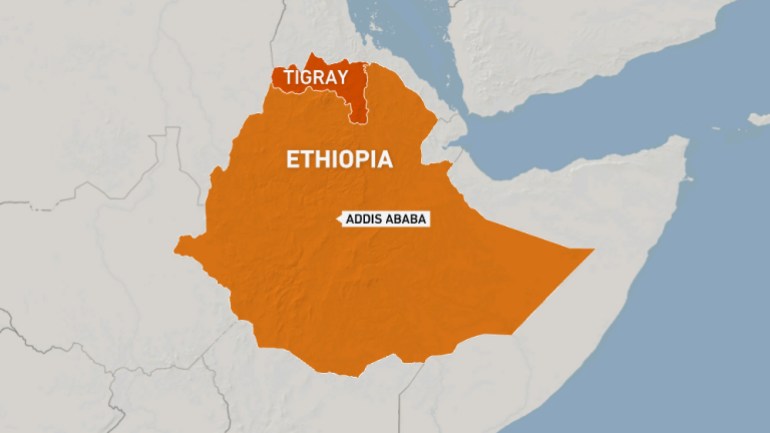 Nearly six months after the eruption of fighting in Ethiopia’s Tigray region, the United Nations Security Council has issued its first joint statement on the continuing crisis, expressing “deep concern” about allegations of human rights violations, including reports of sexual violence against women and girls.

The 15-member body on Thursday also called for “a scaled-up humanitarian response and unfettered humanitarian access” to address humanitarian needs, including for people in the embattled region who are in need of food assistance.

“Today, the Security Council breaks its silence on the ongoing crisis in the Tigray region of Ethiopia,” said Geraldine Byrne Nason, Ireland’s ambassador to the UN who led negotiations over the text. “For the first time, this Council speaks with one voice to express its collective concern about the dire humanitarian situation on the ground.”

The Security Council has discussed the situation in Tigray behind closed doors several times before but had not been able to agree on a statement, because of opposition from its African members and Russia and China, according to reports citing diplomats speaking on condition of anonymity.

In one of those closed-door sessions last week, the UN’s top humanitarian official had said “the humanitarian situation in Tigray has deteriorated” and warned that the “vast majority” of the region of some six million people “is completely or partially inaccessible” for humanitarian agencies.

“The conflict is not over and things are not improving,” Mark Lowcock had told the council as he gave a sobering assessment of the events on the ground, calling the “reports of systematic rape, gang rape and sexual violence … especially disturbing and alarmingly widespread”.

Furthermore, Lowcock said he had received a report of 150 people dying of hunger in one area of southern Tigray, calling it “a sign of what lies ahead if more action is not taken”.

Ethiopian Prime Minister Abiy Ahmed ordered troops into Tigray in November 2020 after accusing leaders of the Tigray’s then-governing party, the Tigray People’s Liberation Front (TPLF), of launching an attack to take over the Northern Command of Ethiopia’s military. A senior official of the TPLF, which used to dominate Ethiopia’s politics until Abiy came to power in 2018, accused the federal government and its longtime foe Eritrea of launching a “coordinated attack” against it.

Abiy, the winner of the 2019 Nobel Peace Prize, declared victory after federal forces entered the regional capital, Mekelle, on November 28 but fighting has continued and analysts have warned of a prolonged deadlock in a conflict that is believed to have killed thousands of people and left millions in need of aid.

For months the Ethiopian and Eritrean governments denied Eritreans were involved, contradicting testimony from residents, rights groups, aid workers, diplomats and even some Ethiopian civilian and military officials.

Abiy finally acknowledged the Eritreans’ presence in March while speaking to legislators, and pledged soon after that they would leave. On Friday, a day after Lowcock said the UN and its aid partners had seen “no proof” of the Eritrean troop withdrawal, neighbouring Eritrea made its first explicit admission of its role in fighting in Tigray and pledged to pull out its forces.

On Monday, the European Union foreign policy chief Josep Borrell called on Eritrea to “immediately” make good on promises to withdraw its troops from the northern region. The United Nations and United States have also demanded Eritrea withdraw its forces from the region without delay.

The international community has also pressed Ethiopia to allow greater access for aid agencies to Tigray. In its statement on Thursday, the Security Council said it acknowledged the efforts by the Ethiopian government “to provide humanitarian assistance and to provide increased humanitarian access” but “recognized, nevertheless, that humanitarian challenges remain”.

There are also calls for full investigations into accusations of widespread rights abuses including sexual violence being used as a weapon of war.

“We have heard the alarm bells about human rights violations and abuses, in particular sexual violence against women and girls,” Nason said on Thursday.

“Continued violence, deaths and sexual and gender-based violence are unacceptable. Those responsible, no matter their affiliation, must be held accountable,” Nason added.

The Ethiopian government has set up a task force to investigate the reports of sexual violence in Tigray, insisting it takes the allegations seriously.

Separately, Ethiopia’s state-appointed human rights commission and the Office of the United Nations High Commissioner for Human Rights announced in late March they had agreed to carry out a joint investigation “into human rights violations and abuses allegedly committed by all parties” in Tigray.