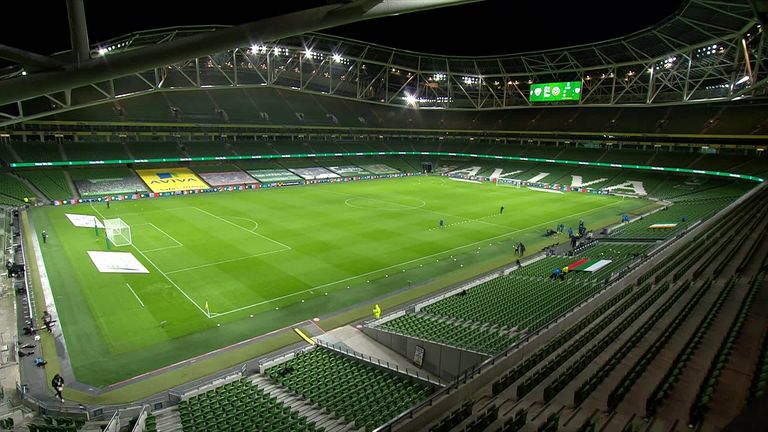 Wembley is set to operate at at least 25 per cent capacity at Euro 2020 and may host more fans for the semi-finals and final, Sky Sports News can confirm.

The Football Association submitted its plans to UEFA on Wednesday and has been given until April 28 to update its proposals over any increased capacity for the latter stages of the competition.

At 25 per cent capacity, Wembley would have 22,500 spectators in attendance.

Sky Sports News has been told 10 host cities have provided assurances over a minimum of 25 per cent of fans at each game, including Munich, but the German government has yet to formally approve the figure.

Meanwhile, no decision on Bilbao and Dublin will be made before the UEFA Executive Committee on April 19.

English football’s governing body has not yet settled on a figure for supporters attending the semi-finals and final – also being staged at Wembley – but it is hoped for more than 25 per cent.

The FA is expected to confirm its plans after UEFA has issued an update over ticketing on Friday.