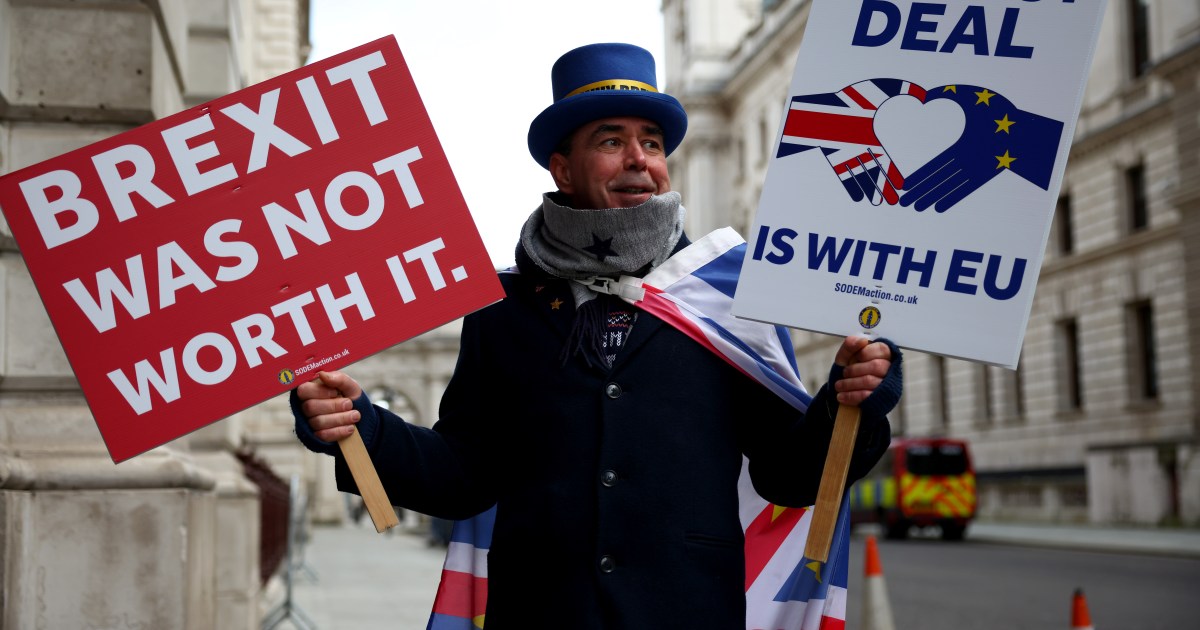 The United Kingdom has reached a Brexit trade agreement with the European Union, seven days before leaving one of the world’s largest trading blocs in its most significant global shift since the decline of colonialism.

Here are some of the reactions when the two parties reached the long-awaited agreement:

British Prime Minister Boris Johnson said: “Today, too, we have resolved an issue that has bedeviled our policies for decades, and it is up to us, together, as a new and truly independent nation to realize the enormity of this moment and to make the most of it. of the.”

Referring to the EU, he said: “We want to be your friend, your ally, your supporter, and let it never be forgotten, your biggest market.”

German Chancellor Angela Merkel said she expects Germany to be able to quickly decide whether to back the deal.

“The federal government will now examine the text of the agreement carefully. But we do not start at zero. The Commission has kept the Member States in the loop throughout the negotiation process, ”she said.

French President Emmanuel Macron said the united and firm stance taken by Europe had paid off.

“Europe’s unity and strength paid off. The agreement with the United Kingdom is crucial to protecting our citizens, our fishermen, our producers. We want to make sure this is the case, ”Macron said on Twitter.

“Europe is moving forward and can look ahead in a united and sovereign way and with strength.”

“Very welcome news that the UK and the EU have agreed on the terms of an agreement – one that gives the business confidence and helps keep trade going. Looking forward to seeing the details in the coming days, ”former British Prime Minister Theresa May said on Twitter.

Spanish Prime Minister Pedro Sanchez said Madrid and London would continue to negotiate an agreement on the British territory of Gibraltar on the Iberian Peninsula.

“I welcome the principle of agreement between the EU and the UK … Spain and the UK continue their dialogue to reach an agreement on Gibraltar,” Sanchez said in a tweet.

Belgian Prime Minister Alexander De Croo said: “Ultimately, there is only one thing that matters to me: ensuring the best possible protection of Belgium’s economic interests. We must protect our Belgian companies from unfair British competition.

“With this agreement, we can put the last four years of intense discussions behind us. Now we can work to build a new, strong relationship with the UK, which has always been a historic partner for our country. It is now time to see the future. ”

Irish Foreign Secretary Simon Coveney told the Newstalk Radio network: “Today we finally have assurance that there is a trade agreement which I believe will protect Ireland in the circumstances we could possibly hope for.”

Dutch Foreign Minister Stef Blok said in a statement that the Netherlands would “carefully study the draft texts”, in particular the EU-UK equal terms agreements, Dutch fishermen’s access to British waters and governance of the agreement.

“There is very little time to do this. “Before a decision is made in Brussels, the government will send an initial assessment of the agreement to parliament so that it has the opportunity to discuss the agreement,” Blok said.

The Prime Minister of Portugal Antonio Costa said: “We very much welcome the agreement reached with the United Kingdom on relations with the EU from 1 January. In addition to our neighbor and allies, Britain will remain an important partner. ”

“After many years of the zero-tariff campaign, we welcome the announcement of a free trade agreement between the UK and the EU. This protects consumers on both sides of the channel from billions in import duties on everyday goods. “Given that four – fifths of UK food imports come from the EU, today’s announcement should give households around the UK a collective sigh of relief,” she said.

Ian Wright, chief executive of the UK Food and Drink Federation, has complained about the delay in reaching the deal.

“The Prime Minister promised British companies over a year with transition to adapt to a new set of rules. He has delivered us four working days. Food and beverage producers will do their best to keep food flowing, ”he said.

“This week’s chaos at Dover and the last gasp of this deal, however, means there will be a significant disruption in supply and some prices will rise. Disappointed customers and consumers will rightly ask why a deal should take so long. ”